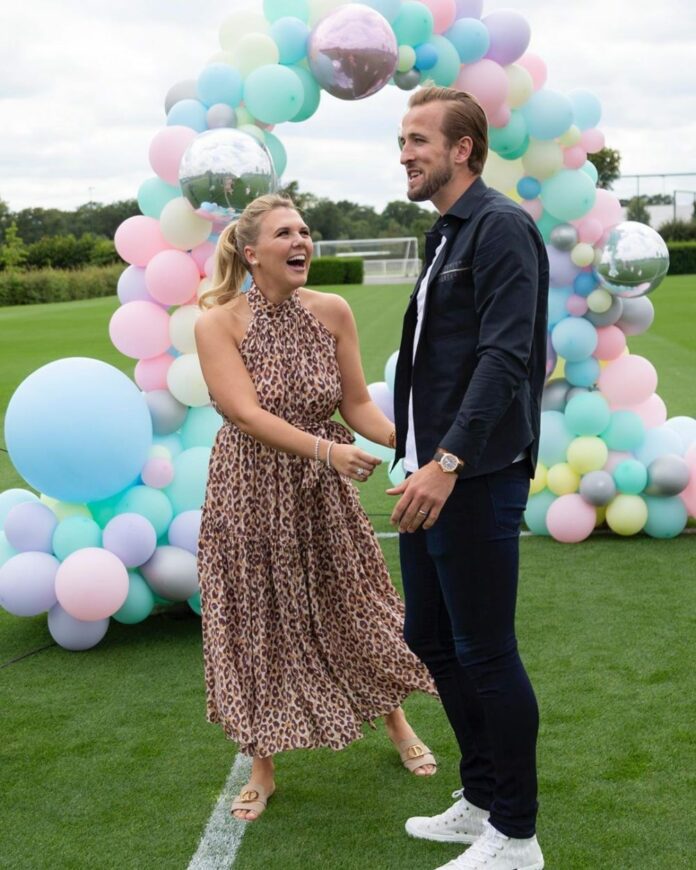 Tottenham Hotspur captain Harry Kane has revealed that he and his wife are expecting a boy child.

The gender reveal was made via a zoom video, which showed excited friends waiting in pink and blue attire to hear the gender of the baby.

The bun waiting to pop is the couple’s third – but first boy child in the family.

On the gender reveal video, the father-to-be went to the soccer field to have a penalty that would pop the ball on the net and reveal the gender the best way he knows how.

After nailing the penalty, he told his two daughters that they would soon be having a brother.

Katie and Kane, who met way back in high school, got married last year following a marriage proposal the soccer star made in 2017.