Being too fit as bad as being too fat 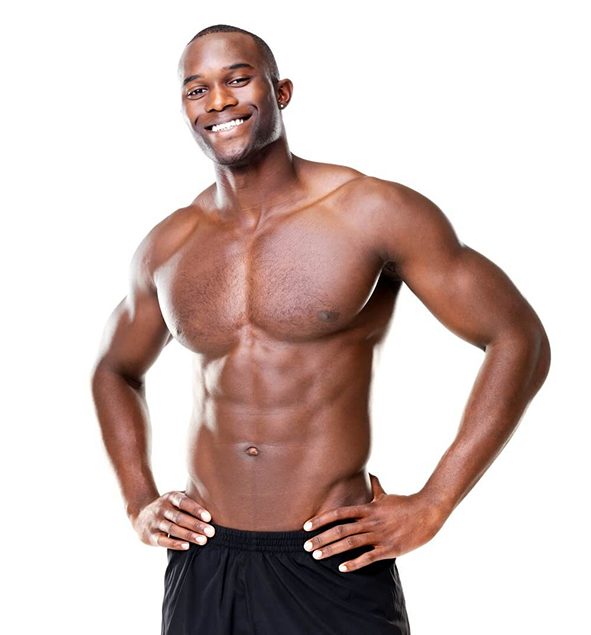 Umkhaba is not a sign of success. And fitness can kill you.  It’s been proven through a Yale study that some women prefer men with big bellies – the typical “amablesser” shape. They claim the sex is better and that their maturity is more appealing than that of a Ben 10 with a six-pack.

But science proves that having umkhaba is not healthy and a pot belly doesn’t always give good loving.

Being an over-active gym bunny can get you killed too. Every year, fatalities are reported at events for the super-fit such as the Comrades Marathon, Midmar Mile and Iron Man triathlon series.

GP Dr Marlin Mckay explains that when a man has a large stomach in comparison to the rest of his body, it’s usually the result of visceral fat or fat around the organs. “Poor diet, excess carbohydrates, sugar intake, alcohol intake and a lack of exercise is often the cause. Obesity is also associated with several chronic conditions including type 2 diabetes, hypertension and dyslipidaemia (elevated cholesterol), which lead
to a high prevalence of heart attacks,” he says.

McKay explains that a large belly can hamper a man’s sex drive because excess fat lowers testosterone, which leads to a lower libido. “It can also affect or cause erectile dysfunction,” he says. 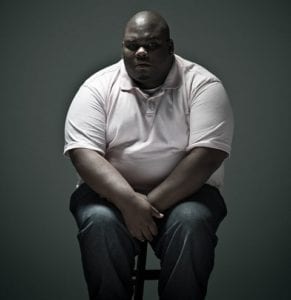 Margot McCumisky, national manager of Diabetes SA, says men should make it a point to check their diabetic status. “Obesity is a risk factor for diabetes and heart attack. A large number of people with diabetes die from heart attacks and strokes,” she warns.

Ivan Matjila, a retired and single businessman from the East Rand, says his life drastically improved when he discovered he was diabetic.

“I was a drinker all my life, with gin or vodka being my signature drink. I ate whatever I felt like. I barely exercised as I got older. Then one day I became violently ill and ended up in hospital. I honestly thought I was dying. I had to change my diet and reduce red meat, which I love. Giving up alcohol was more because of the death scare I had. I haven’t had a drop in the last three years. I feel like I will live longer than 70,” says the 65-year-old.

McCumisky says it may be a cliché, but exercise helps lower blood glucose levels, promotes weight loss, reduces stress and enhances overall fitness. With proper nutrition men can enjoy their lives and live well into old age. McKay says men like these should also adopt a lowcarb
diet.

As for those who over indulge in exercise – it’s also not safe.

Some Instagram fanatics overload on steroids to build muscle fast. McKay says it’s important to note that these steroids are anabolic steroids, which are synthetic versions of testosterone, a male hormone.

“These are dangerous because abuse can lead to throwing one’s testosterone out of balance. This can have catastrophic consequences.”

He explains that like say anything else, exercise needs to be done in moderation. Gopolang Ngwenya from Roodepoort says a close friend and gym buddy died two weeks ago, after a serious gym session. She says he was a cancer patient in remission, but also loved working out. “He was in the gym every day.

He died from a heart attack and he was only 28 years old,” she says.

McKay says it’s not a strange phenomenon. “Zero exercise is no good either. The standard guidelines are 150 minutes per week or 30 minutes a day for at least five days of the week,” he says. But be weary when you are not able to perform at the same pace, need longer periods of rest or are feeling tired.

He also says to avoid a heart attack during exercise, be aware of any chest discomfort, which is a common sign of heart attack. “Nausea, indigestion, heartburn or stomach pain, pain that radiates to the jaw and/or arm, feeling dizzy or lightheaded, shortness of breath or fatigue
and sweating are signs that you should stop and get medical help,” he says.

When it comes to the media industry, there isn’t anything that Kuli Roberts hasn’t excelled at. From journalist to presenter, a radio host as...
Read more

AKA says fans shouldn’t complain about paying to watch his online...