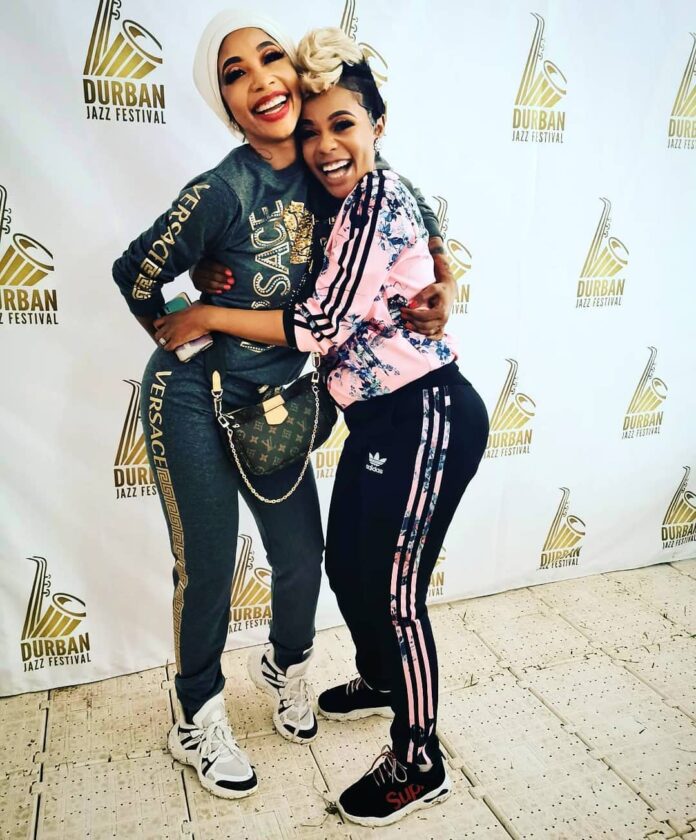 Khumalo sisters Kelly and Zandie officially announced that they have parted ways following a dispute over a business deal that has gone wrong.
On Thursday night the pair revealed that there were cracks in their relationship and said that they since have opted to love each other from a distance.
Things went sour when  Senzo Meyiwa’s ex girlfriend, Kelly did not want to be associated with an alleged scam involving Zandie’s husband Mhlo Gumede.
She took to social media to respond to claims that she was booked to perform at Gesh Lounge and Entertainment in Empangeni, KZN, through Gumede, only to find that she was not aware about the gig.
“We have no knowledge of whether the accused Mhlongo Gumede has used Kelly Khumalo’s name for his benefit or not,” said the singer.

With all due respect, Mhlo Gumede is my sisters husband And manager NOT my bookings manager nor part of my team,never was and never will be, so what ever dealings you may have with him Do NOT involve me. Thank you. For bookings contact @pat_magodzho ????