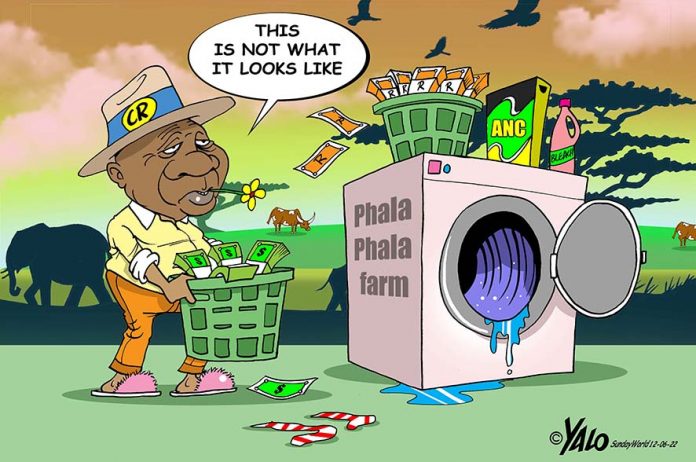 Ordinary South Africans can be excused for being bewildered and uncertain about this country’s future following the flurry of shocking political developments that have happened in quick succession in recent weeks.

First, we were all astounded as former spy kingpin Arthur Fraser revealed how President Cyril Ramaphosa in 2020 hatched a cover-up of a brazen robbery at his Limpopo Phala Phala farm, where it is alleged that criminals made off with millions of dollars belonging to the country’s president.

While it is true that Ramaphosa must account for this alleged criminal act, South Africans must, however, keep in mind that Fraser’s bombshell is not merely an act of an innocent citizen acting in interests of justice.

Fraser’s first prize in this matter is the attainment of a political outcome that will result in the removal of Ramaphosa from office.

South Africans must not rule out that possibility.

Politically, the odds seem heavily stacked against him.

While all the attention was still focused on Ramaphosa’s ‘farmgate’ scandal, we learnt all of a sudden about the arrest of two of the three infamous Gupta brothers in Dubai.

The arrest of the Guptas also came in the wake of reports that death threats had been made against the director-general in Ramaphosa’s office, Phindile Baleni, who was warned she would be killed unless Ramaphosa stopped state capture prosecutions.

The Guptas’ arrest also came hard on the heels of the arrests of former Transnet bigwigs on state capture-related crimes, with rumours abounding that more arrests were imminent.

Ordinary South Africans can indeed be excused for being confused about the rapid outbreak of these political puzzles.

This is the political theatre that we can expect as the ANC machinations further unfold in the coming months leading to the party’s elective conference in Durban.

These developments all point to a country in deep trouble.

They are all staged to achieve conflicting outcomes as the two ANC factions go toe to toe, sadly at the expense of the national good and rule of law.

However, it must be stated amid all these happenings that if allegations against him are proven to be true, then Ramaphosa must surely fall on his sword.

The president has until this moment not covered himself in glory.

He has refused to be open about the scandal, preferring to shield himself behind the so-called advice that he should not say anything while the matter is under investigation.

This is absurdity in the extreme, especially coming from the man known for advocating honesty and openness.

This is again a moment all the ANC adventurists, including Fraser himself, have been fighting and waiting for.

It is now up to South Africans to ensure that the likelihood of Ramaphosa’s fall from grace does not plunge the country back into the era of state capture.

The law must be applied equally to both Ramaphosa and his state capture adversaries.