Championing the cause of women with disabilities 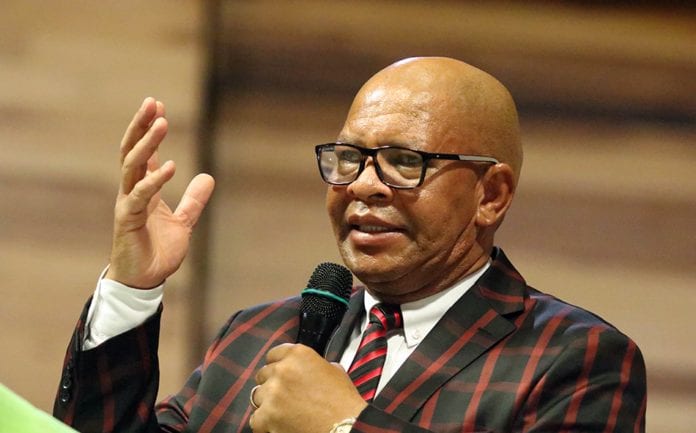 When she was still a university student, Ngwanakopi Ramushu learnt of a woman who was beaten so badly by her husband that she and her child lost their sight for good.

“The woman and the child had to start from scratch to learn the life of blind people,” she said this week as the country celebrates Women’s Month.

“These were the issues that made me become an advocate for women with disabilities on issues of gender-based violence [GBV],” Ramushu said.

As the province joins in the Women’s Month celebrations, Premier Stanley Mathabatha has reiterated the importance of this period that also marks the historic march by 20 000 women to the Union Buildings on August 9 1956.

Mathabatha said this year’s month is celebrated under the theme Generation equality:
Realising Women’s Rights
for an equal future. “Today we can celebrate the victories that these gallant women fought for and asserted. For the past months, as we continue to fight the COVID-19 pandemic, another demon reared its head – gender-based violence,” he said.

“Whether the lifting of the ban on alcohol under level 3 lockdown has
anything to do with the increase on women abuse is immaterial, women abuse and violence is just criminal, period.”

“Our resolve for gender equality and women empowerment can only be achieved through the fight against gender-based violence and the eradication of all forms of discrimination based on gender and race,” Mathabatha said.

Mathabatha said the Limpopo government would continue to support women in their plight against GBV and would continue to aspire for generational equality in the workplace, the family and in all leadership structures of society.

Women like Ramushu are at the forefront of the fight. She is an activist with a track record of having worked for entities such as the African Union as a coordinator for blind women and for the National Youth Commission.

She was instrumental in rolling out projects regionally in countries including Swaziland, Botswana and Namibia. Her passion has also seen her involved in issues of HIV/Aids.

Ramushu said her passion for issues affecting disabled women and women living with visual impairments started during her student days at the University of Limpopo in 1996.

Her first workshop in addressing women’s issues was a runaway success. It addressed domestic violence and exposed issues that disabled women faced and experienced.

“My role in coordinating that programme was to make sure that women knew their rights and where to go if their rights were violated,” she said.

Ramushu was nominated as a representative for women in the Southern African Development Community (SADC). “My role in SADC was to ensure that whenever the AU of the Blind had projects, I secured them for countries in SADC.”

She said that she had also made it her mission to work with women-issues organisations in South Africa. “I would liaise with them to ensure that our issues as women with visual impairments are attended to,” Ramushu said.

Her activism also led her to participate in other projects to highlight disabled people’s needs in general.

Ramushu said that women with disabilities were often overlooked for jobs. “If disabled persons were given job opportunities, this would alleviate the burden that social security programmes are facing,”  she said.

“It is our wish as women with disabilities to be considered, to be at the forefront of change, because we believe that if South Africa is to be deemed free, it should be free for us too.”

Limpopo is working hard to ensure people living with disabilities are included in the economy. The province has achieved an employment equity target of 2% and is now aiming for 7%.

The provincial administration is committed towards the implementation of the policy directives of the White Paper on the Rights of Persons with Disabilities. People with
severe disabilities will be included in TVET colleges with support systems such as braille and sign language interpreting service.

Furthermore, people with disabilities in business are guaranteed to access 7% procurement budget of government in line with the provincial procurement strategy of 2018.

By Lucas Ledwaba THE MUSINA MAKHADO SPECIAL ECONOMIC ZONE (MMSEZ), which celebrated the launch of its corporate identity this week, is expected to become the...
Read more