Johannesburg – Gabadinho Mhango’s Malawi, suffered a gut-wrenching loss at the hands of Morocco in the last 16 of the Africa Cup on Nations, when the Atlas Lions came from behind to net two goals to boot out the Flames in the tournament with a 2-1 scoresheet.

Seven minutes in the game, Orlando Pirates talisman Inkosi, as he’s popularly known, found the back of the net to give Malawi a lead into the match, when he curved a fierce right-footer into the far top corner.

However, the Atlas Lions converted a superb equaliser on stroke of halftime at the 45th minute of the match.

In the 70th minute, Paris Saint-German right wing-back Achraf Hakimi fired a beautiful set piece to book a place for Morocco in the semi-finals of the Afcon.

With this historical win for the Atlas Lions, Morocco will either face Ivory Coast or Egypt in their quarter-final.

Meanwhile, Sadio Mane’s Senegal advanced into the quarter-finals, after they thrashed Cape Verde with a 2-0 win on Tuesday.

Liverpool’s Mane scored a superb goal in the 63rd minute of the encounter, wherein a couple of minutes, he collided with Cape Verde’s goalkeeper Josimar Dias, most known as Vozinha.

After Mane was forced out of the match due to a suspected concussion, Bamba Dieng came in place for the Liverpool star and netted a stunning strike in the dying minutes of the match.

Sadio Mané and Bamba Dieng’s goals give Aliou Cissé’s men yet another 2-0 win over Cape Verde – their fourth in a row, no less – and they’ll meet either Mali or Equatorial Guinea in the quarter-finals on Sunday. 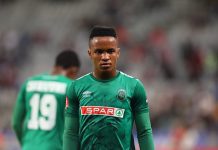 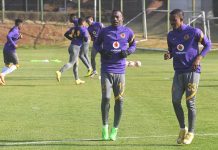