Career goals for Pitso and Percy 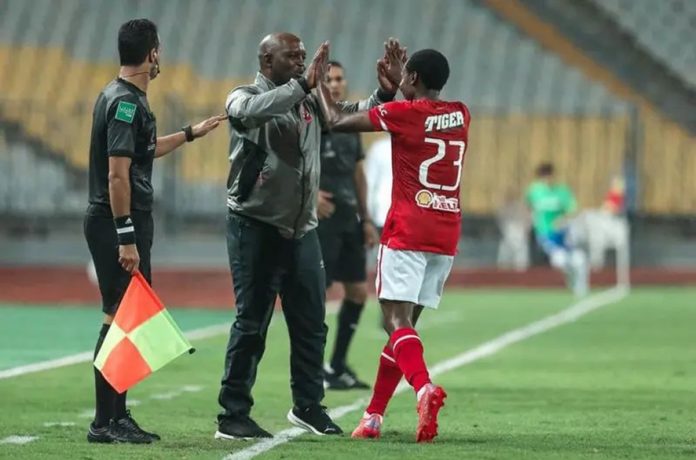 Pitso Mosimane and Percy Tau could complete one of their most significant career milestones.

Today, Mosimane will be on the verge of winning his third successive CAF Champions League trophy with Egyptian giants Al Ahly when they face Morocco’s Wydad Casablanca at Stade Mohamed V in Morocco.

If Ahly is victorious, Tau will get his second Champions League medal after winning the first with Mamelodi Sundowns, together with Mosimane in 2016.

Tau scored twice when Al Ahly nailed Entete Setif of Algeria in the 4-0 win in the first leg. The choice of venue favours Wydad and there were calls from the Egyptians to boycott the match.

Mosimane as expected voiced his dissatisfaction.

Ahly also approached the Court of Arbitration for Sport to have the venue changed to a neutral stadium.

CAF’s explanation was that Senegal and South Africa pulled out, leaving Morocco as the only candidate.

Tweeted Mosimane this past week: “When the CAF Champions League group stages games were finished, rumours were saying SA is hosting. Hao, jikijiki [suddenly], after the semi-finals games were decided, there was a loud silence in the country to host the final. Then after the first leg of the semifinals, suddenly Morocco is hosting.”