Johannesburg – The Proteas have proven their mark to not be taken for granted, as they pulled off a stunning victory by thrashing the world’s best, India by seven wickets in the third and the final Test to claim the series, 2-1.

The Proteas charged to a clinical victory over ailing India, to clinch the Freedom Trophy Series.

This became a turning point for the Proteas, that began the Test series on a low-key when India won the first match by 113 runs.

However, things changed drastically in the second test, when South Africa pulled off a win by seven wickets to frustrate their arch-rivals.

It wasn’t an easy one for the Proteas, as they worked their way to wicket victory, with an assured chase of a target of 223.

With that victory Dean Elgar's men win the #BetwayTestSeries 2-1 🔥 Thank you to team @BCCI for a great series, we look forward to many more👏 #SAvIND #FreedomTestSeries #BePartOfIt | @Betway_India pic.twitter.com/B03ElFBxTK

Petersen went to his third Test half-century and contributed 54 runs for the third wicket with Van der Dussen, who set out his stall to occupy the crease.

The 28-year-old, playing in just his fifth test, out-bested himself in this exclusive encounter, as he delivered a match-winning performance.

He was out for 82 to accompany his 72 in the first innings, and his rise has been one of the stories of the series.

South Africa needed another 41 for victory after lunch, with India needing a miracle to stop the Proteas. 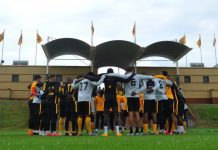