Banyana thump Malawi 6-2 to book a place in final 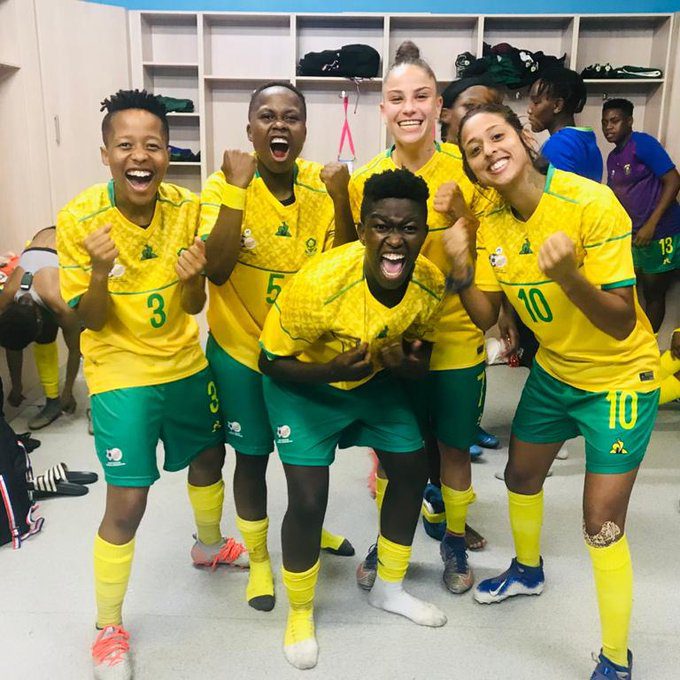 A hattrick by Hilda Magaia helped Banyana Banyana book a place in the final match of the Cosafa Cup Women’s Championship where they have a date with first time finalists Botswana at the Nelson Mandela Bay Stadium in PE on Saturday.

Banyana qualified for their four consecutive finals berth after convincingly beating Malawi 6-2 in one of the semi-final matches on Thursday. In the other match, Botswana beat Zambia 2-1.

The South African senior women’s national team has now scored 20 goals in 4 matches at an average of 5 goals per match.

Thursday’s match followed Banyana Banyana’s previous pattern although they endured a frustrating opening 45 minutes in which they completely dominated the proceedings but were denied by a dodged Malawi defence.

However, once they opened the scoring on the 51st minute through Mapula Kgoela, it was one-way traffic at the Wolfson Stadium.

Although Malawi equalised a minute later through Temwa Chawinga in the 52nd minute, Magaia put the defending champions ahead again on the 62nd minute.

It was not long before Kgoale found the back of the net to complete her brace and extend Banyana’s lead.

Magaia again found the net in the 67th and completed her hat trick in the 75th minute.

An impressed coach Desiree Ellis expressed her delight at how her players executed the plan to perfection.

“I am proud of this new group of players because we had previously said it is their time to make their mark and raise their hands.

“Today, they really stood up and executed the plan perfectly, though I was not happy with the goals we conceded because we were in control but overall it was a joy to watch,” Ellis said.

Another feather in Pitso Mosimane’s cap

Cyril Ramaphosa to face motion of no confidence in parliament