So many I do’s in 2019 for Mzansi celebville 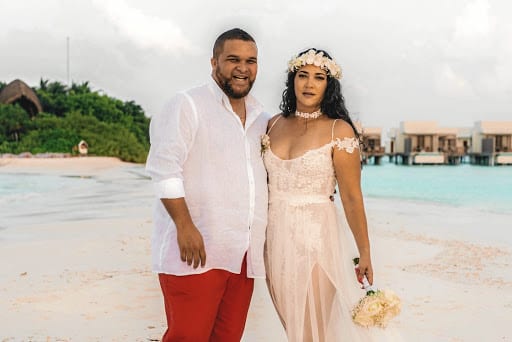 Celebrities seem to have chosen 2019 as their lucky year to say I do’s.

Comedian Jason Goliath and his publicist Sian Bailey- Goliath jetted off to the Maldives for an intimate beach side white wedding for two at the Dhigali Resort in January.

Three months on, they guarantee they are still on a honeymoon high.

“We tackled a lot of challenges before our wedding day, such as learning to make decisions as a unit after being single for most of our lives. Jason’s schedule is super- hectic, you would cry if you saw his diary. We schedule quality [time], whether it is a weekend away or date night in,” says Sian.

While Jason says he asked Sian to marry him the second he realised he couldn’t spend the rest of his life without her, they admit even soul mates irritate each other.

“Sian is also my publicist, so when she clicks into ‘work mode’ the tone sensor in her brain sends mixed signals to the mouth and she can sound annoyed with me even when she would be just giving me love. It took [me] a while to decode but I think I’ve got it down now,” says Jason.

Sian hopes that in their many years together, Jason will learn to keep time when he is not on stage.

At least they agreed on their dream wedding.

After months of planning a big white affair to be held at the Westcliff, they abandoned the plan after speaking to other couples.

“One day whilst driving, I turned to Jason and said ‘I don’t need a big wedding’.”

After speaking to friends who eloped, they decided to put themselves first and informed their moms of their decision.

In a break with tradition, the couple sported black tekkies, black jeans and personally branded bride and groom T-shirts to the church ceremony in Florida, Roodepoort on January 22.

It's been three years since model and influencer Sarah Langa married Jehan Mackay in fairytale style-themed (wedding) ceremonies. She maintains he is still her yin...
Read more
Tips & Tricks

‘It was a hot day,’ says bride who popped into shop during wedding

All that newlywed 21-year-old Zaakiya Achmat wanted was to stretch her legs, have a snack and a refreshing bottle of cold water after hours...
Read more