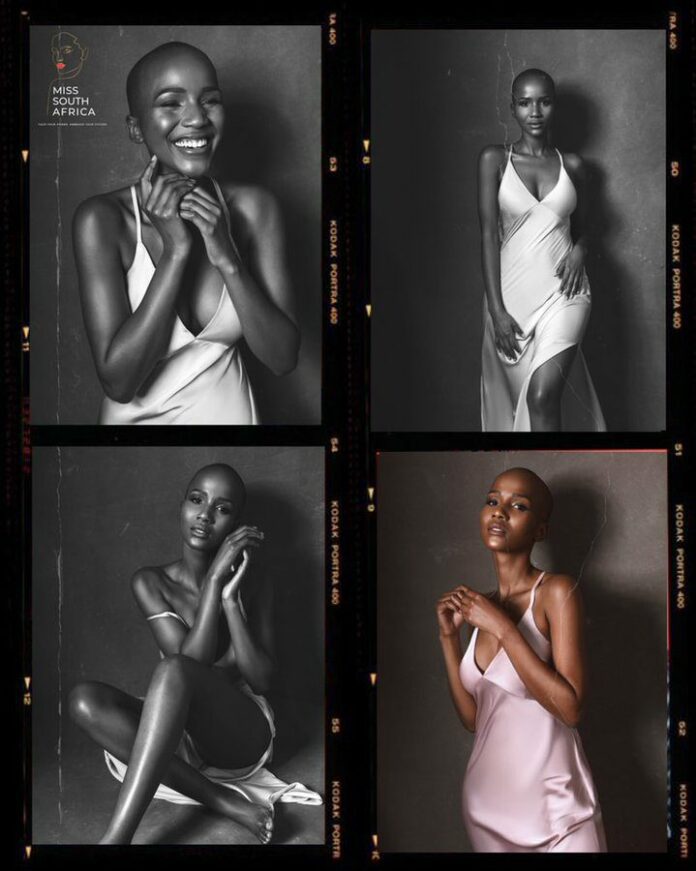 Limpopo’s Shudufhadzo Musida (pictured), Has made to the top ten 10 round of the Miss SA contest 2020.

The 23-year-old won this nomination by public vote. She took to Twitter to thank her supporters.

She holds a Bachelor of Social Sciences in Philosophy, Politics, and Economics from the University of Pretoria graduate and is the only contestant from the Limpopo province to have made it this far.

Miss SA announced the top ten today. One of these will be crowned Miss South Africa 2020 on Saturday, October 24, in a glamorous and entertainment-packed pageant screened live on M-Net and Mzansi Magic and streamed for an international audience.

“We have whittled these finalists down from literally thousands of entrants and we honestly believe we have found the 10 women who, right now, represent everything Miss South Africa stands for. Any one of these girls could be crowned the winner but only one will take the crown from her predecessor Sasha Lee Olivier, so we can look forward to a very exciting pageant where our judges are going to have the extremely difficult task of choosing Miss South Africa 2020,” says Stephanie Weil, CEO of the Miss South Africa Organisation.

They also announced that for the first time in the history of the pageant, the contestants who make the Top 3 will represent the country at the world’s three most prestigious pageants, which now includes Miss Supranational.

Previously, the Miss South Africa Organisation sent a representative to both Miss Universe and Miss World, but will also now be fielding a candidate at Miss Supranational.
The finalists include two medical doctors working on the Covid frontline; two full-time international models as well as marketing, education and economics graduates and a food scientist.

I’m happy to share that I’ve made it as a Miss SA top 10 finalist
I found out that I am the winner of the public vote😭
I’m extremely blessed & moved by all the support
This journey has been so beautiful & it took an entire village to get here, So thank you for being my village! pic.twitter.com/skIYLw3ToM

The 10 finalists are (in alphabetical order of their first names):
• Aphelele Mbiyo (24) who was born in Mthata and raised in Port Elizabeth but currently lives in Johannesburg, holds a BA in Integrated Marketing Communications.
• Busisiwe Mmotla (27) is from Soweto and is a Senior & FET Phase teacher who graduated from the University of Johannesburg and is currently studying for a diploma in personal training.
• Chantelle Pretorius (24) from Tshwane, Gauteng, a full-time international model who is also finishing her B.Com Business Management degree through Unisa and has a diploma in nutrition.
• Jordan van der Vyver (24) comes from Greenpoint, Cape Town, and is an international model who usually spends half the year working overseas.
• Karishma Ramdev (25) who hails from Chatsworth in KwaZulu Natal, is now based in Joburg working as a medical doctor at the Charlotte Maxeke Academic Hospital.
• Lebogang Mahlangu (24) from Soshanguve, Gauteng, is a food scientist working in research and development for a large multi-national.
• Melissa Nayimuli (24) is from Butterworth in the Eastern Cape but now lives in Sunninghill, Johannesburg where she works as an account manager for a marketing agency.
• Natasha Joubert (23) who is from Centurion, Tshwane, has a B.Com in Marketing Management and works in PR at a firm of attorneys.
• Shudufhadzo Musida (24) comes from Ha-Masia in Limpopo and has a Bachelor of Social Sciences in Philosophy, Politics and Economics from the University of Pretoria. She is currently doing her BA Honours in International Relations at the University of Witwatersrand.
• Thato Mosehle (25) hails from Klerksdorp in the North West and is a medical doctor currently completing her internship with the aim of becoming an anesthesiologist 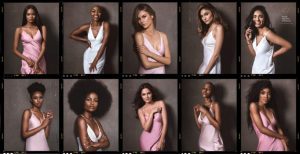