Mzambiya dumps his trademark name, adopts a new one 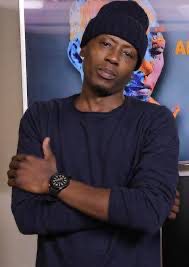 The award-winning musician has dumped his popular  stage name “Mzambiya”  and has adopted a new moniker, “Zikode”, which is his clan name.

News that the artist cum-television  presenter is now calling himself “Zikode” came to the fore when he released his new song Tot Tot Tot, which was produced by producer extraordinaire DJ Cleo.

“In 2004 I released  an album Zikode, produced by Godfrey Guffy Pilane,  where I was singing praises  for my family tree in Zikode,” he said.

The artist, who has now gone back to Bulldwagz Entertainment, which discovered him,  also said he  deserted the name “Mzambiya”, which  is nickname for Zola township in Soweto , because he has now matured like a fine wine.

“I’m no longer a child star. When Bhut Oscar (Mlangeni) (Bulldwagz Entertainment boss) discovered me, I was still a child.

“Today, I’m a family man and my son should identify with our surname Zwane, and  my clan name Zikode,” he said.

Speaking of Tot Tot Tot, which is taking the music industry by storm, Zikode said the ditty will entertain his fans during  and post lockdown.

“ The release of the song is  also a way of celebrating 20 years in the music industry.

He said Bulldawgz Entertainment is also celebrating  20 years in the showbiz industry.

Mlangeni said  he was confident that Zikode will stand his ground with his new music.

“Zikode is an experienced entertainer. In the age of new sounds, he will stand his ground and continue to dish the best music,” he said