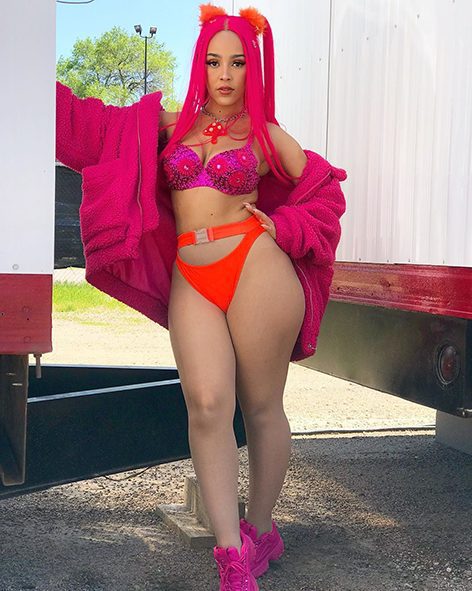 Johannesburg – SA actor Dumisani Dlamini’s estranged daughter, Doja Cat, has made it to the prestigious Forbes annual 30 Under 30 list.

She joins 600 other influential across the globe who are being honoured by the financial magazine.

Born and raised in Los Angeles, the rapper whose real name is Amala Ratna Zandile Dlamini earned the honour due to the huge success of her 2019 album, Hot Pink.

Her rise to fame started much earlier, as a teen when she uploaded music to soundcloud. She signed her record deal at 17 and became a viral success with her song Mooo!.

Earlier this year she and Nicki Minaj topped the Billboard Hot 100 with their Say So track.

This year’s nominees average the age of 26.

One of the judges was Taylor Swift, who also previously featured on the Forbes list. Categories include art and style, education, energy, consumer tech, food and drink, media music, sport  and many others.

Forbes Chief Content Officer said that despite the pandemic, a global recession and the social-justice movement in the United States, young entrepreneurs were as enterprising as ever.

“The Under 30 community is an economic engine of entrepreneurship around the world and a barometer of up-and-coming talent,” he said.

Alexandra Wilson, who is the Forbes Under 30 editor Alexandra Wilson added: “Some are defying the odds and building businesses despite Covid-19; others are helping to fight the illness, serving on hospital frontlines or working with A.I. to discover new drugs.”