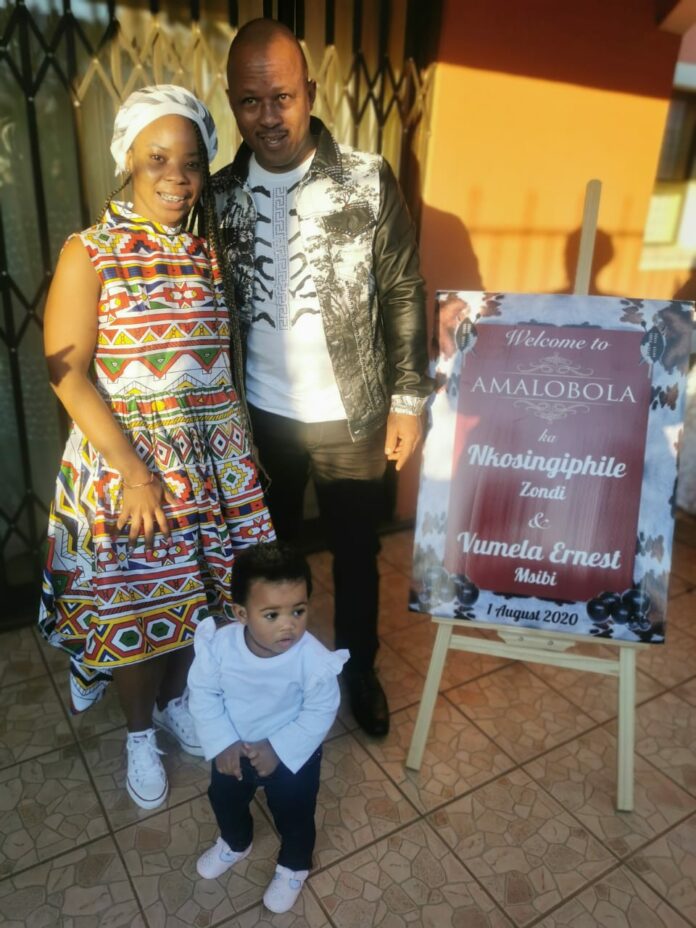 Former Uzalo actor Ernest Msibi is reading a script for a new chapter in his life. The actor, who hails from Rockville in Soweto, paid lobola to the family of his fiance and baby mama Nana Zondi.

The lobola negotiations between businesswoman Zondi and Msibi families took place in Greytown in KwaZulu-Natal Midlands.

Speaking to Sunday World this week, Zondi said she was happy to get married to the Msibi family. “When we came out to the public about our relationship, many people were against it,” said Zondi.

“I even lost people that I thought were my real friends just because I chose love over them. I’m excited that ubab’Msibi has proven many of my so called friends wrong because I stopped living my life for them and followed my heart. “I can’t wait to become his wife and be called Mrs Msibi.” Zondi further revealed that they were planning to tie the knot next month. “Ubaba has spoken. What Mr Msibi wants, Mr Msibi gets. There was a reason why he asked me to move from Durban and stay with him here in Jozi.”

She continued: “He had a plan in place as we have also been gifted with our first child in this three-year relationship. With God by our side, nothing will stand in our way. September it is.” Msibi, a father of two from his previous relationship, is best known for his television roles as Chester on SABC1 controversial drama Yizo Yizo in 1999. He also starred as Vuvu on Zone 14, also on SABC1.

Msibi said: “It has been a long journey for me. Nana [Zondi] is everything to me and she is the reason you are seeing a different me. “I love her very much and I want to make her the happiest woman on earth by marrying her and make her Mrs Msibi,” continued Msibi, who currently plays the role of Mohato, a hardcore ex-convict in Gomora.