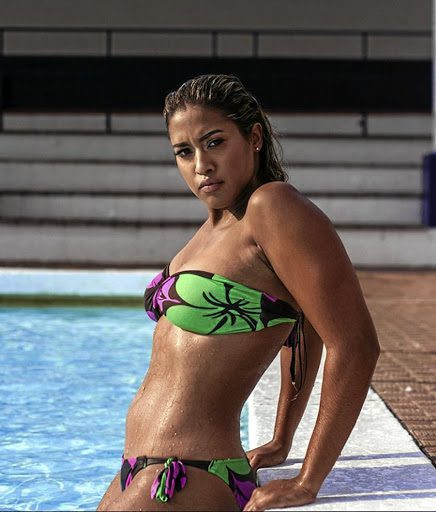 Another Miss South Africa hopeful, Oneida Cooper, has come under fire for her ‘racist’ remarks.

This too could hinder her chances of being successful for the 2020 Miss SA pageant.

Cooper has been dragged online for comments she made about women and the use of the n-word dating back to 2012.

The 27-year-old former national competitive swimmer and psychologist has been actively defending her remarks with quotes from Struggle icon Steve Biko.

“Steve Biko‘s definition of BLACk encompasses what the legal definition in race-afflicted South Africa is: African, so-called Coloured and Indian, who were denied the vote until April 1994. ‘The Testimony of Steve Biko’ (2017) says it all,” she said.

But Black Twitter has called her out on using the race card when it suits her.

With tweeps such as TJR Makhetha asking:

“So wena where do you come in? Or that trial was to establish whether or not you’re a racist?

She is also the long-time girlfriend to hip hop Dj Speedsta.

To those South Africans who have been thirsty for a church service, the time has arrived to quench their thirst. Brand South Africa announced...
Read more
Entertainment

Labantwana AmaUber vocalist, Semi Tee’s latest single Gabadiya, is a hit thanks to a gogo whose video has gone viral on social media. In the video clip, two teens are dancing joyfully to his...
Read more