Are you married or entangled? 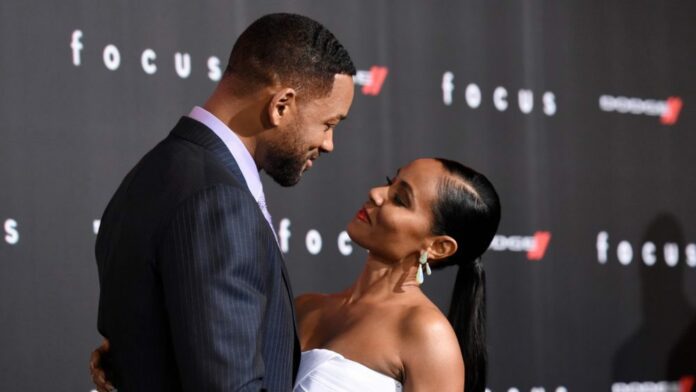 David Ludden, a professor of psychology, says marriage today isn’t what it used to be. It is, so to put it, entangled in a whole lot of societal expectations.

Well, Jada Pinkett’s and Will Smith’s type of entanglement trended since last week, with over half a million searches. This was after Jada took to her Red Table Talkshow to confirm her affair with rapper August Alsina. Ludden notes that love, over the years, is just a welcome addition to requirements.

“Throughout history marriage has always been mostly an economic arrangement, with a couple entering into a lifelong relationship for the purpose of raising children and maintaining family property,” says Ludden.

“All the better if the young couple just happened to be in love, but even if the new bride and groom barely knew each other, there was always the hope that love would grow between them over time.”

An entanglement means one party was not in agreement with outside sexual engagements. The dictionary definition of entanglement is to be in “a complicated or compromising relationship or situation”.

Many surveys have been done globally and suggest that infidelity, the number one cause of divorce, occurs in 20% of marriages. Ludden says research also suggests that some couples resolve issues of sexual dissatisfaction by opening their marriages.

Psychology today. com quotes a recent study that shows that 40% of men and 25% of women in monogamous relations said they would switch to a consensual non-monogamous arrangement if society allowed them to live in such an entangled world.

The Transformers star, Megan Fox, and actor husband Brian Austin were reportedly in an open marriage where they agreed that she could have outside flings, but Austin wouldn’t date anyone else. Having consensual multiple relationships is as old as time, but the 1972 book, Open Marriage by Nena and George O’Neill, is considered to be a source for the term.

The book was a best-seller, selling more than 35-million copies around the world. It also proposed that extra-marital sexual encounters can be good for a marriage. Relationship expert Mandy Cantar says entanglements and open marriages are not the same thing.

“An open marriage, according to experience, often happens when married couples have fallen out of love. They may agree on an open marriage for the sake of children, finances or both. You’re no longer in love, but you function well as a family,” says Cantar.

Owami (not her real name), is a mother of two who works as a director at a communications agency. She has been married for 18 years and says as a 45-year-old black woman, she would have never thought that she would be in an open marriage.

“It’s considered taboo in black communities to speak about these things. Women are supposed to put up with cheating men and be good mothers who cook. I was never one of those women,” she says.

She wasn’t motivated to have sex with her husband, three years her senior, because it became mundane and boring over time, and she started an affair with a man she met through work engagements.

“Crazy part is that he became acquainted with my husband. We would invite him over for braais and would often sneak off for a quickie and never got caught. It was exhilarating,” she says.

But she notes that arguments with her husband became intense because she refused to have sex with him. She then did the unthinkable and organised a woman much younger than her to be her hubby’s side piece. Owami says she found the courage to speak to her husband and propose the idea of an open marriage to him.

“He is a traditional Pedi man and was terrified of what people would say,” says Owami. “I told him no one needs to know about the arrangement and that we don’t have to part ways or inconvenience our kids. I showed him a picture of the attractive young lady and gave him some time to think. After a few weeks, I called her up and invited her over. The three of us came to an agreement.”

“It was his idea to open up the marriage. One thing led to another and we had sex. But a few weeks later, his wife accused him of loving and wanting me more. It broke into a huge fight. We parted ways and I believe they are divorced today, not sure if that night was the reason.”

Ludden says non-monogamous couples seem to have better communication skills, higher levels of trust and less jealousy than many in traditional marriages. Dr Douglas LaBier, a psychoanalytic psychotherapist based in Washington, writes that as the world becomes increasingly diverse, there’s a corresponding evolution in what men and women – straight, gay; younger and older – are looking for in relationships.

Many around the world get entangled in knots they hardly understand because of different expectations of their marriages. Some eventually work out and others don’t.