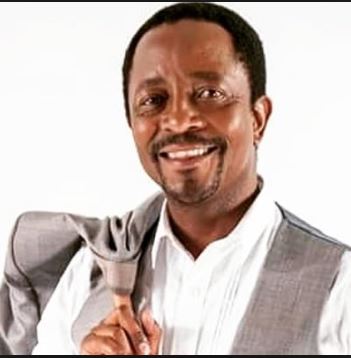 Controversial The Queen actor Peter Mashigo, pictured, escaped death by a whisker and is fighting for his life.

Mashigo, who plays the character of Jackal Mkhondo on the Mzansi Magic telenovela, was involved in a head-on collision accident while travelling to Benoni with three other occupants.

A source said Mashigo and his buddies were on their way to a friend’s party when he lost control of the car and it collided with another one.

According to a family member privy to the incident, Mashigo was the only one who came out harmed as all his friends did not sustain any injuries from the accident.

According to sources close to the situation Mashigo, who is in a critical but stable condition, was rushed to Sunshine private hospital in Benoni.

The family member said at the time of accident, Mashigo and his friends were driving from Pretoria.

“A car that was overtaking lost control and bumped into his car head on,” said the family member.

Mashigo’s accident, according to his close friend, has caused a headache for The Queen’s producers and they don’t know what to do with his character because he has missed a whole week of production.

“I am sure they will give him some time to heal so that he can come back in good shape,” added the source.

But another member of the production team said the producers were now exploring the possibility of incorporating the accident into the storyline to accommodate Mashigo’s condition and avoid further delays to production.

Early this year, Mashigo hogged headlines after a video of him assaulting a woman trended on social media.

The incident later sparked calls for him to be fired by the show.

Before that, Mashigo was fired a year ago from another Fergusons production, The Throne, after he allegedly physically abused a woman.

Mashigo has acted in other popular telenovelas, including Gomora, Gold Diggers, and The Herd. He recently joined the cast of The Queen.

His casting caused an uproar as it was seen as condoning his behaviour by the Fergusons.

The Queen show-runner Lauren Nell said the production was pleased that Mashigo was doing well and wished him a speedy recovery.

“We look forward to having him back on set,” said Nell.