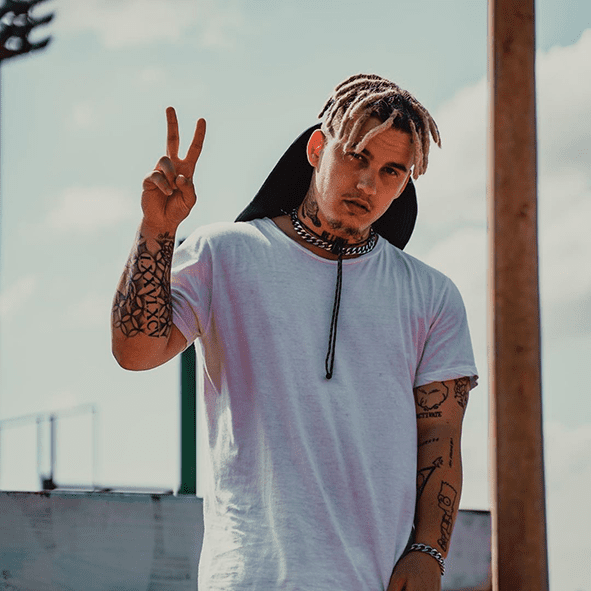 Mandoza’s spirit has been revived through new kid on the block, Costa Tsobanoglou.
He captured the hearts of Mzansi with his remix of Nkalakatha, which blew up on social media platforms on Friday. With a kasi vibe, blonde dreads and killer dance moves,
this white boy raps and sings fluently in Zulu.
In less than 24 hours of its release, the song was already sitting on 50 000-plus views and more than 4 900 likes on You- Tube.
The 25-year-old musician, also known by his stage name Costa Titch, features big names like Riky Rick and AKA on the track.
His version of Nkalakatha just as catchy as the original. In his version, he warns people about the friends they keep in their circle. Originally from Nelspruit in Mpumalanga, he reminisces how his mother used to tell him that the friends he keeps would have an influence on his success in life.
“This song reminded me that not every friend is there to benefit you. It helped me get closer to my real friends – the ones who taught me Zulu words and to pronounce them as they should be.”
Learning to speak African languages influenced his decision to rap in vernac.
“I always loved South African languages, but I was forced to do Afrikaans at school. I wanted to learn Swati. I chose Zulu because doing hip-hop music for SA in English is not on.”
The song was first released in August last year.
But it only took off after he included Riky Rick and AKA, who he says were interested in being featured on the song.
It was released again on Thursday night as a remix.
“Riky Rick and AKA helped me promote the song after its release,” he said.
By Boitumelo Kgobotlo