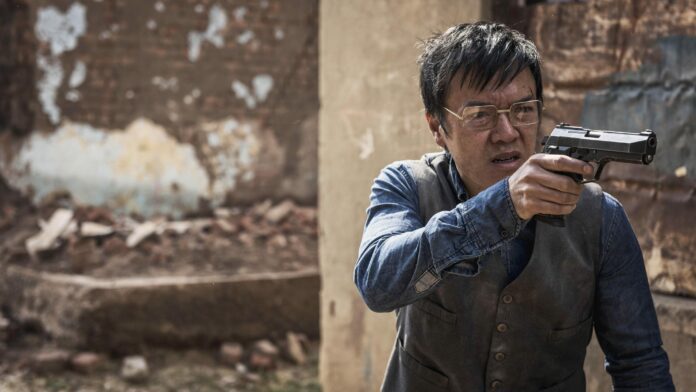 His next big appearances will be in Rogue with Megan Fox and in Warrior Season 2, as well as in Cars That Built the World for the History Channel on DStv, where he plays Eiji Toyoda, who turned his family’s car-manufacturing business (Toyota) into the world’s largest producer of vehicles. Larger-than-life Fok loves Mzansi for its warmth and humour.

He shares a tale of how his surname, although it holds a prestigious history in China, means something completely different in Afrikaans. Fok, who was born in Germiston and grew up in Krugersdorp, says: “You can imagine the phone calls we received. Nevertheless, I grew to be proud of our surname.” Fok, who easily converses in several accents, says he speaks Afrikaans, English and Cantonese, as well as a little bit of Zulu, noting that he had a trouble-free upbringing, bar the occasional racial comments.

He says: “They were always taken aback not expecting a reaction, which quickly shut them up. I’ve always believed in standing up for yourself. I grew up on a vegetable farm and it was such a treat to have access to fresh vegetables, which I probably took for granted.

“My parents struggled for a long time to raise seven children in South Africa and to also send money back to help family in China. But they persevered and built a successful farming business, and even more importantly, to provide us with everything we would ever need and build strong family bonds.

“I have three brothers and three sisters. I used to be fluent in Zulu when I was young as my best mate was Zulu. I was that fluent, but unfortunately, I forgot [Zulu] after we moved away.” He explains that acting came about quite unexpectedly and relatively late in his life. “I went to Chinese Kuo Ting School, then matriculated at Glenvista High. One day I saw an advert for a TV presenting course, which I did.

“After completing the course, I still had an appetite to do more in front of the camera. “The instructor suggested I study drama and that’s where my acting began, in my mid20s. I was part of the first drama class at AFDA that graduated in 1999.”

He has since taken on Japanese, Korean, Malaysian, and Chinese roles. “I can do the Russian accent as well, but a Chinese with a Russian accent … I have yet to use that for a character,” he jokes. Although he has starred in international blockbusters including Safe House with Washington and Reynolds, he reckons he’s still awaiting his big break. Fok also starred in the successful local film, Five Fingers for Marseilles, with Warren Masemola and Vuyo Dabula. He cites his most memorable acting experiences to be with McConaughey.

“I’ve worked with McConaughey twice now – first on The Dark Tower, then on Serenity. We had more time to chat one on one on Serenity and we spoke about acting and family, it was insightful. I saw firsthand why he is an Oscar winner.” His most memorable role to date is Jacob, on the TV series Warrior, produced by Justin Lin and Shannon Lee, the late Bruce Lee’s daughter.

“In the second season, I tapped into emotions and physical challenges that I’ve never explored before. The gravitas of my character’s journey and the eventuality that mirrored factual history was quite a profound experience.”

A true South African Fok enjoys a family braai and football with the guys.