From Coronationville to the world of cinema 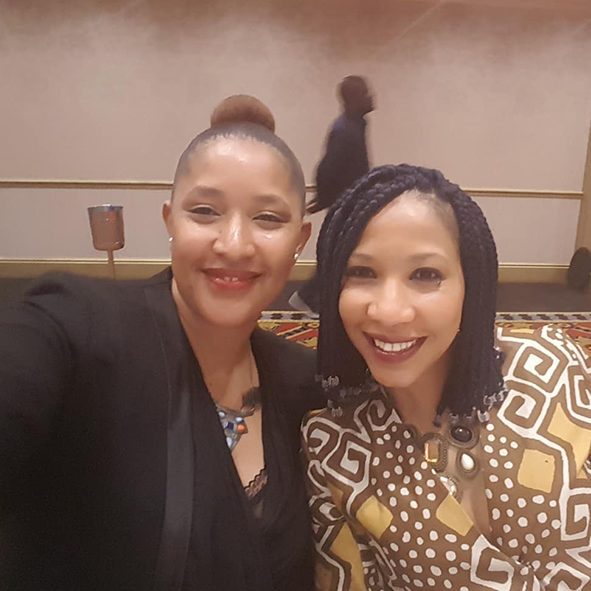 Sisters Carmen and Kim Sangion are making history with their debut film, Salvation.

The film, which releases to South African audiences on Friday, has been chosen to screen at prestigious film festivals including the Cape Town International Film and Television Market Festival (CTIFM&F), and the female-only LA Femme Film Festival in Los Angeles.

It was screened at the Silicon Valley African Film Festival in California last week.

For the Cape festival, Salvation was among 54 films selected from across Africa.

It took the sisters, who were raised in Coronationville, Joburg, five years to produce this award-winning piece. Kim, who is also a singer and songwriter, produced the film, while Carmen directed under their independent film company, SangSang.

“We started our company in 2006. We did two small projects that didn’t really go anywhere and went our separate ways for a few years. Carmen worked as a writer/director and I went to work in the music industry for a while. But we never gave up on the dream of one day making films together. We never imagined we could produce our own films considering how tough it is to make movies in SA. In the beginning the idea was always that Carmen would write scripts and direct and I would make some music for the films. But fate had a better idea and as such, Salvation gave us the opportunity,” said Kim.

Salvation is about three people – a priest, prostitute and a man on the run. They all discover that the only way to move forward with their lives is to forgive and find faith in themselves, each other and God.

“It was largely inspired by my own spiritual experience and the journey of forgiveness. I found myself at a spiritual crossroads and I realised it was because I had a lot of people to forgive out there, and it was only once I had arrived at that place of forgiveness that I realised where the true healing lies and as such, my spirituality could expand,” said Carmen.

The young women say it was their parents who introduced them to cinema at a young age, and it was their love for telling stories that inspired them to start their own business. The film was funded by the Department of Trade and Industry, African Women Coordinated Investments, the National Film and Video Foundation and the Gauteng Film Commission.

“It is a great achievement for our company to have gotten into festivals, because entry is extremely difficult, especially if you are the new kid on the block. It’s also an extremely competitive space, as there are literally thousands of people making great films around the world. To be selected is a privilege.”

AKA cruises into festive with new EP and signature drink

AKA is entering the festive season with more than a bang. A new EP, a new braai show and a new flavoured vodka added...
Read more
Good Life

Take the hassle out of your side hustle

Many South Africans are turning to side hustles as a way to earn some extra cash. This has been amplified by the explosion in...
Read more