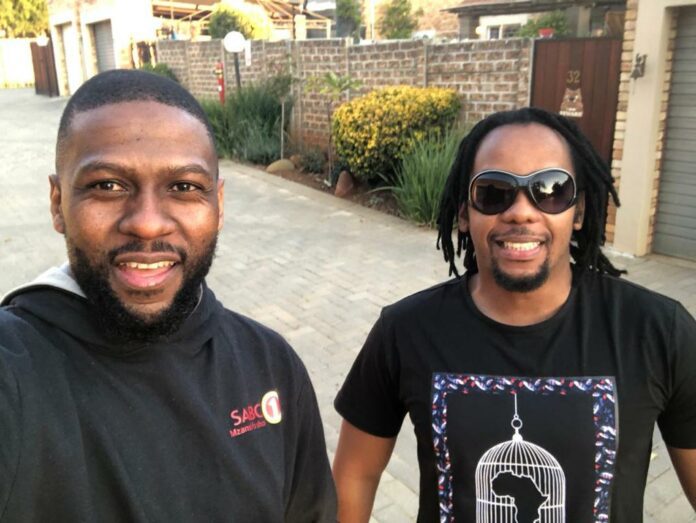 They presented the once-popular weekend show Abahlali Abangalali from 2008, but many listeners felt aggrieved when Ngcangisa quit in 2011, before Zonke followed in 2016, leaving a big void.

Listeners whose names are known to Sunday World, but requested anonymity for fear of being targeted, said they were planning to hand over memorandums to both the Port Elizabeth and Johannesburg SABC offices, demanding the duo’s return.

“We don’t want to make noise about (handing over the memorandum); in case someone tries to sabotage our mission. We want them to return on air as soon as possible. That station is very boring on weekends. Those guys brought us celebrities, they had motivational talks and made us laugh,” said a listener.

Some listeners on social media also believe that the vibe was no longer the same following the two’s departure.

This was aggravated by recent social media pictures of the star duo hanging out together, which caused serious frenzy and excitement.  Some say they have since quit the station since their exit.

Siwawahla Noluvuyo commented: “I miss you guys so much on air. I used to set the alarm as a reminder never to forget listening to you. You guys were the real deal.”

Another listener, Phumlani Ndindi wrote: “We would stay awake waiting for you gents and we would even set alarms. Damn that show was great.”

But it was Luvo Xaki who hit the hardest and said he even stopped listening to the station after Zonke and Ngcangisa’s departure. A listener by the name Drama-Queen wase Tinara, took a jab the current status of the show, done by Xolisile ‘Sinbad’ Sizani.

He wrote, “They should just play music and not talk. That show is now dead.

“I’m a breakfast show presenter today because of them and they inspired my love for radio,” she said.

Sources at both SABC’s PE and Joburg offices believe that letting go of the duo was a grave mistake.

“It never made any business sense to let them go, but here at the SABC, egos come before business. Look, the guys were great and the show’s listenership grew from 80 000 to over 600 000 within three years. In my opinion, that was the biggest weekend radio show in the country. Even politicians and celebrities loved it,” says one mole.

Zonke, a former SABC TV presenter and Ngcangisa, once a SABC Sports producer and a former DRUM deputy editor, rubbed shoulders with some of Mzansi’s most famous figures, whom they often invited as guests on the show. The much-loved programme aired between 1am and 5am on Saturday and Sundays.

UDM leader Bantu Holomisa, Minister in the Presidency Jackson Mthembu, and former DA spokeswoman Lindiwe Mazibuko, are some of the country’s famous individuals who once featured on Abahlali Abangalali. Late kwaito icon Mandoza confessed live on air, that he had always wished to be featured on it, despite its awkward time slot.

In 2010, former ANC secretary-general Gwede Mantashe wrote on Twitter that the two were “naughty but fun”; after they imitated him.

“Some of the DJs didn’t like them. They saw them as serious competition, so even if they were to comeback, some people here might try to block it. Financially they are both sorted, you see. Phura (Zonke) is a senior executive here for SABC 1 and Ngcangs (Ngcangisa) owns a successful media liaison company. I don’t think they would return for money, but to serve the country. But for Umhlobo, it would be a great gain if they come back,” said the SABC staffer.

Both DJs refused to comment on the demand for their return, and also declined to answer whether they would go back on air.

Ngcangisa is also mum on the rumours that he was pulled off air by the station’s manager Phumzile Mnci in 2011 for requesting a full-time deal.

“I don’t remember any of that. It’s not relevant,” he said.