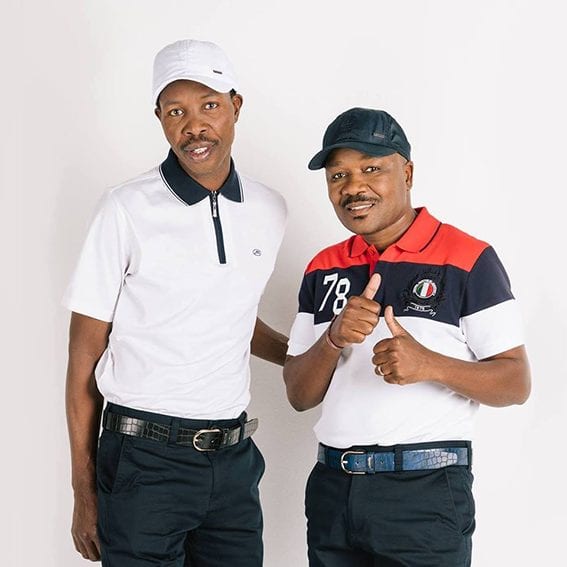 Local legendary musicians Shwi Nomtekala are frustrated about technical delays from music executives of Blaq Boy music and Sony Music whom they claim have failed to pay out royalties agreement fees. Mandla Xaba, better known as Shwi, told Sunday World he did not understand why there were delays in him getting paid for his contribution to the track entitled Wamuhle by Mlindo The Vocalist.

He said that he was unhappy with how the executives failed to finalise paperwork they agreed on last year. Blaq Boy music is formally
owned by DJ Maphorisa, real name Themba Sekowe, who is probably one of the most phenomenal DJs to emerge from Mzansi at the moment. Speaking to Sunday World on behalf of Shwi, his manager Bongani Manyathi confirmed that his artist had been dissatisfied with how Blaq Boy Music has been handling business and that he felt he was being “under-mined”.

Manyathi said the duo was excited about the collaboration which is similar to their maskandi sound. “The agreement was that we would work first and the paperwork would be seen at the end of everything else. When it was time for the paperwork we were constantly told he was too
busy, busy, busy,” said Manyathi. “That started irritating us, because we did what he had asked us to do, now he is giving us the runaround.”
Attempts to get a response from Maphorisa drew blank as he did not respond to queries sent to him.

“Maphorisa has a problem. We don’t know if he is undermining us because we sing Maskandi,” he said.

A Sony spokesperson dismissed claims that there were delays on their side. He confirmed that the featured artist agreement signed by Shwi
Nomtekhala was returned to them on July 30 2019.

According to a reliable source close to Shwi Nomtekhala, his team only received the documents and requests for banking details after an enquiry was made by Sunday World. The maskandi artist is yet to receive his payment.

Johannesburg - Lebo M - Coming Home, the latest Showmax Original reality series, is now streaming. It's the moment we've all been waiting for: a...
Read more