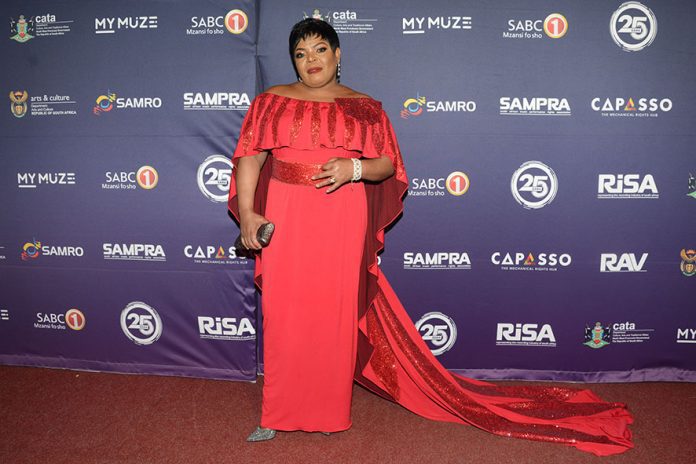 Gospel sensation Bucy Radebe’s dream of collaborating with her idol, Rebecca Malope, is in tatters after Malope rejected an apology from her husband.

Radebe’s better half, Thapelo Thoboke, who is also her manager, apparently unleashed profanities at Malope backstage.

Malope went public with the harassment claims. Thoboke and Radebe then issued a statement apologising to Malope.

“It is Bucy’s wish to work with Dr Malope in the future and it is our hope that this misunderstanding has not put an end to that,” the statement reads.

Speaking to the Sunday World, Malope said the apology was not genuine.

Reliving the incident, Malope said she was approached by Radebe to collaborate on one of her songs, Ntate Nkarabe, where she sings about her struggle of being unable to bear children.

“I was very excited to be called to perform this song because, they [the couple] also relate to my song, so I did not mind when they approached me to collaborate with Radebe.

“As an elder, I comforted her and reassured her that God sometimes does not give us everything we want.”

Malope said the day before they rehearsed, she insisted they do it twice as she was not fully satisfied. On the day of the concert she was already at the venue at midday, but as she got to her room, she realised there was no makeup artist booked for her.

About 10pm they had an interval and still no one had told her if there would be any changes. At 11.30, as she was getting ready to go on stage, three songs before the end of the concert, Thoboke started scolding her.

“He told me there were changes and I had to go sit with the audience… as confused as I was, he said I can rather leave or f*ck off, and that my song will not bring any value to their concert anyway.”

Malope said she still went on stage with a heavy heart and tears in her eyes.

“I have never in my 34 years of being in the industry been disrespected that way by anybody. I can’t even remember if I performed the way I wanted to, but the crowd seemed to enjoy my performance.”

Malope took to social media to share her experience.

“After that tweet I got a message from Thoboke asking if this is the game that I wanted to play. For me that felt like a threat from him and till this day Bucy has never apologised to me or answered my calls.”

However, Thoboke said he issued an apology for the altercation, but the apology was meant to be private.

He also said he saw the need to issue an apology to her because of the things that were said on social media about him and his wife.

“You cannot tell me how to apologise. Whether the recipient accepts or not is not my problem. I was not even talking to her but the manager, but she thought I was talking to her or insulting her as she has told the media. I don’t know who is mature between me and her at this moment. Maybe she wants to trend as she is right now.”

Thoboke disputed that Malope was at the dry run and sound check the day before the concert, but said all the artists featured were there.

“I did not want to say these things, but she last came to rehearsal on April 20 in Midrand. She and her team only came on Saturday, on the day of the concert, at 3pm.”