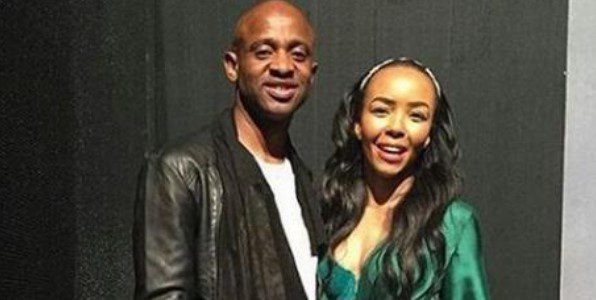 King of kwaito Arthur Mafokate and ex-girlfriend Cici have remixed their war songs with the Kaffir hitmaker singing to the Joburg High Court to give him an order that will force her to pay him a lion’s share of her artistic work.

The startling tidbits, which will see the two artists going back to court again after hogging media headlines when they attended trials for a case and counter-case of assault they opened against each other two years ago, are contained in the court papers filed by Werkmans Attorneys on behalf of Mafokate’s record label 999 Music a fortnight ago.

In the papers, which are in our possession, Mafokate said his stable, which was represented by him, signed a two-year exclusive artist agreement with Cici in Midrand on May 25 2016, in which she was supposed to record and release songs under his label. Mafokate said Cici gave his record stable four separate and distinct but consecutive options to extend the term for four further periods of 24 months each, extendable by two years.

He said on May 20 2017, Cici approached his company and requested to leave the stable and, as a result, they signed a clearance agreement releasing her from the stable.

Mafokate also states that where Cici entered into a direct or indirect signing arrangement with a rival record label, his company would be entitled to 6% override royalty on gross revenue for sales of the album or royalties paid by a collecting society. It will also get a further 6% override of the revenue generated on the three albums to be recorded by the award-winning songstress, provided the albums were not released in a period of three years from the date she left his stable.

Lolo, as Mafokate is also commonly known, said his stable was also entitled to 6% override for all publishing rights in perpetuity for all the four albums she would record in the future and 12% override royalty for her gigs or for the songs she produces or composes.

The Mnike hitmaker also said his record label was further entitled to 10% override fee on all sponsorships and or endorsements Cici would sign, as well as live performance fee that she would receive. He added that in the event that she enters into a joint venture with a third party, his record label would get 18% of the net revenue received by the agent and these amounts must be paid before the conclusion of any deal.

Mafokate explained that Cici later concluded an agreement with Ambitiouz Records on July 17, 2017, without informing him or his record label.

She released an eponymous album, Busisiwe, and at least eight singles under Ambitious Records, adding that after the release of the albums and the songs she might have generated R1-million in gross revenue.

He said on the estimated revenue she generated, he was entitled to R60 000, but he has not received a cent despite asking her to pay him. His record label has not received its share for royalties from her endorsements and or sponsors and live performances, he said, concluding that he was asking the court to grant him an order to gain access to Cici’s financial records to determine how much she made to lay a claim.

Speaking through her sister Sannah, Cici said she would give Mafokate her financial records so he could see how much she has made.

ANC MP Mamabolo, SANCO, Not In My Name “stand” with Bushiri