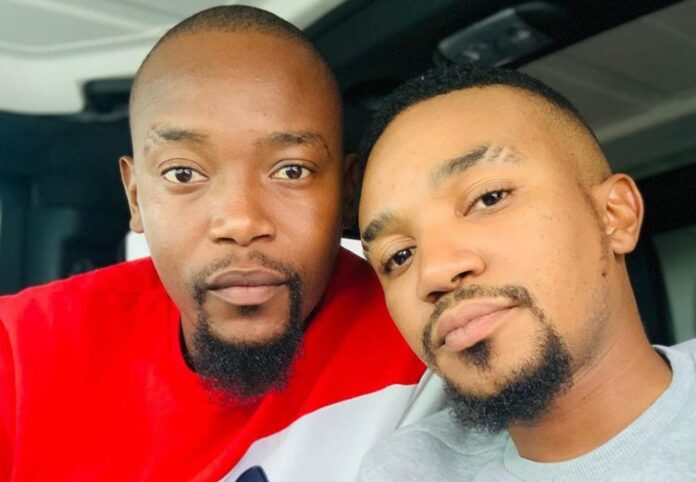 The statement released by the Rea Tsotella presenter did not confirm nor deny allegations that he attacked his fiancé with a candle stand, as per the report from the Sunday Sun on Sunday.

But he claimed that the article was rather angled to humiliate and pinch the wound of emotional abuse he has already endured – he also confirmed that they were still a court matter.

“The article made a number of allegations regarding alleged incidents between my Phelo and I and the current existence of protection order applications.

“These are matters of a private nature and I have been advised because there are court proceedings I cannot reveal anything, however at this present time, I would like to state that I have no way abused Phelo and I have proof to this effect,” reads the statement in part.

The weekend report stated that the celebrity couple were arguing over the level of alcohol consumption when Phelo got a beat and landed in hospital. These are allegations which Moshe also denied in a statement.

He said domestic violence “victims” find it hard to talk about their experiences because people would ask why he took too long to expose the matter and why he was shut by this when he was vocal about everything else.

“I’m comforted in the knowledge that our friends and family know of his aggressive nature when he has had drinks and I from my own lived experiences.

“The angle taken in the and the allegations made in there are an attempt to humiliate me and be an extension of the abuse I’ve endured, even emotionally so,” he said.

The former The Queen actor said he wanted time to deal with the matter privately and optionally speak about it when the storm is over.

“I’m deeply saddened there has been a violation of our private mediation on this matter. It is for these reasons that I chose not to expose our private differences,” reads the statement.