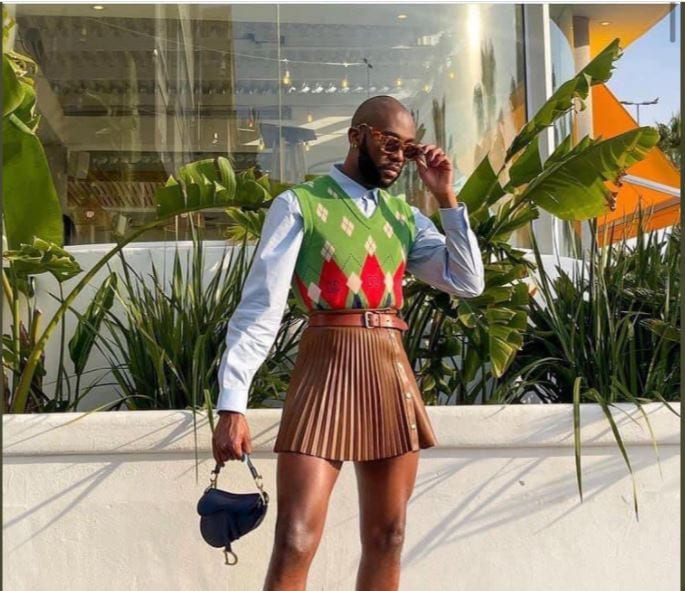 Rich Mnisi was trending on Twitter as the conversation surrounded the fashion designer’s legs and the mini-skirts for men range he released earlier this year.

Comedian, popular television presenter and actor Siv Ngesi tweeted an image of the outfit and said, “I would slay these.”

I would slay these ❤️ https://t.co/Bh3YPlzTAL

This is what some of them had to say:

Homophobia is so irrational. Historically we've never really gendered clothing in our traditional attires in the same way the recent West has. So skirts, dresses, wraps etc were never exclusive to women. So why would children be in crisis because Rich Mnisi has a skirt on? pic.twitter.com/lf3yzquDWD

Rich Mnisi is not a teacher! He is a fashion designer. https://t.co/BPZ8qGebej

to be the baddest, what else could you learn from Rich Mnisi? https://t.co/wsTSyl4fZg

Me watching South African men under that tweet about Rich Mnisi (who has amazing legs btw). WHERE DID YOUR ANCESTORS BUY TROUSERS, THAPELO? pic.twitter.com/1MLefo2YjF

It's men with dirty asses and skidmarks on their underwear coming for Rich Mnisi.