Johannesburg – A tug of war is looming between the SABC and Emzini Wezinsizwa actors Jerry Phele and Augustine Shotholo over royalties of the repeated seasons of the popular comedy show.

Shotholo and Phele, who played Petrus Madimetja and Mofokeng in the popular SABC1 show, respectively, are demanding royalties of the two seasons repeated on the public broadcaster’s biggest channel.

Speaking to Sunday World, the irate Shotholo said they had agreed with the SABC mandarins to pay them royalties for repeated seasons because they generated advertising revenue from them.

He said an SABC employee, Aobakwe Sekwati, who was tasked with payment facilitation, only paid him for the repeats they ­ ighted about five years ago.

He said afterwards the cash-strapped SABC ­ flighted season 7 and season 8 repeats between 2017 and 2018. He said after struggling to locate Sekwati for payment, he wrote him a letter on December 17 2019, that Sunday World has seen, pleading with him to remit payment, but this fell on deaf ears.

“One day out of frustration I drove from Polokwane to his offices in Auckland Park. When I arrived at reception I asked the security guards to call him for me,” said Shotholo.

Also read: SABC executives must pay back money given to music legends

“Yes, I agree that I didn’t make an appointment, but to humiliate me like that was not necessary. I left anyway but I’m still struggling to get hold of him.”

Shotholo said what disturbed him more was that his writer, only known as Lekokotla, was paid by the SABC last month together with other writers. Lekokotla did not want to speak to us but Sunday World is in possession of voice notes between him and Shotholo in which he confirmed that he was paid last month.

SABC spokesperson Mmoni Seapolelo said: “The SABC can confirm that at this stage there are no outstanding repeat fees in terms of Emzini Wezinsizwa. For recent payment claims, Mr Jerry Phele and Mr Augustine Shotholo are encouraged to engage the SABC directly by sending e-mail queries,” she said.

Phele said he was disappointed at how the SABC was handling the matter.

“We have not been paid. When did they pay us? Let them produce proof , there is no such a thing.”

Have you read: Mob attacks eHostela actress for ‘forex fraud’ 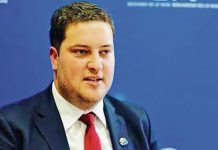