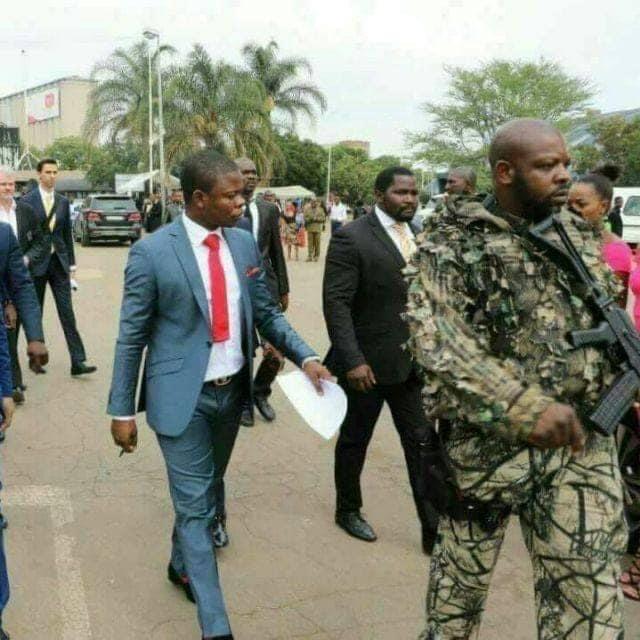 Prophet Shepherd Bushiri’s bodyguard and Head of Security has allegedly been killed by eating poisoned food.

Jeremiah Ogechi, was allegedly found dead by his wife at his home in Rosettenville on 7 May 2020.

According to those close to the Enlightened Christian Gathering Church, Ogechi, an Igbo man from Imo state of Nigeria, was found lying motionless on a couch with his mouth filled with foam, suggesting that he could have ingested poisoned food.

ECG church confirmed the news of Ogechi’s passing in a statement stating that the church was in mourning for its leader’s protector.

“According to the family, Mr Ogechi died at his house in the early hours of May 7. Further, the family has informed the church that the post-mortem has been conducted but they are yet to get the results. The church consoles the family of Mr Ogechi and, once the family releases the funeral programme, the church has already committed to provide support of any emerging costs where needed,” reads the church statement.

In the same statement, the church said Ogechi was the head of Almighty God Security Protection Company which was contracted by the church to render security services in 2018.

The church said at the time of Ogechi’s death, his company, which has seven employees, still had an intact contract with the church.