But seriously: Forget Bafana, we have many other problems to fix

Johannesburg – It is called the beautiful game, but it has an ugly and irrepressible dark side.

It is a blessing that in South Africa the problems are too many, the struggles so varied, the interests too vast, the crime so grisly and the apathy so palpable that the dismal failure of the national soccer team to qualify for the continent’s most prestigious tournament is almost expected.

Even billionaire Patrice Motsepe’s election as president of the Confederation of African Football failed to swell the team that faced Sudan last week with pride.

The response from South Africans is even more telling. Fact: South Africa does not rely on soccer for a dose of patriotism.

The alcohol restrictions over the Easter period elicited a more passionate reaction from a nation that lulls its troubles with liquor; whose youth is ravaged by drugs and entrapped in an endless cycle of hopelessness by the lack of alternatives for those who want to break free.

And, as with any anomaly in a society, the women and kids suffer as violence and abuse abound. It is for the better that, though South Africa is a soccer-loving nation, it is able to move on and forget the disgrace that happened in Sudan on Sunday.

Other countries that have less – and more – worries than ours, do not take kindly to being embarrassed as Bafana have consistently done to South Africans. Ask Honduras and El Salvador. A full-scale war erupted in 1969 when the two countries were competing for a spot to play in the World Cup in 1970.

So intense was the competition between the two nations that homeground advantage meant the visiting side was tormented to lose the game.

And it was for the better that the visitors lost otherwise they would not have made it out the country alive. So, it happened that when El Salvador lost to Honduras, 18-year-old Amelia Bolanios shot herself in the heart with her father’s gun. The late Polish journalist and author Ryszard Kapuscinski wrote in his book The Soccer War that her suicide encapsulated the mood of the nation.

Bolanios’ funeral was broadcast on national media; the president himself and his ministers formed the guard of honour.

The players who defiled the pride of the Salvadorians were behind the president and his cabinet in the procession.

Though soccer was the last straw, the war had more to do about land and resources than the game. Interestingly, the teams met again in the qualifiers for the 2010 World Cup. Honduras made it to these shores after beating El Salvador.

So, Bafana should count their lucky stars that South Africa has its plate full with the struggles of daily life – putting food on the table, keeping the lights on and keeping safe from murderers and rapists.

Soccer victory is the least of South Africa’s worries.

A national soccer victory is a luxury many cannot afford. 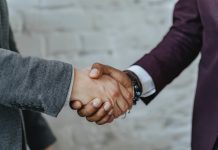 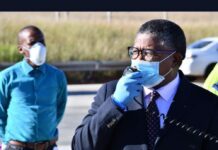 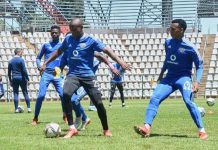 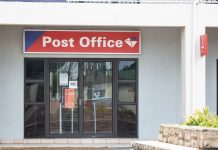