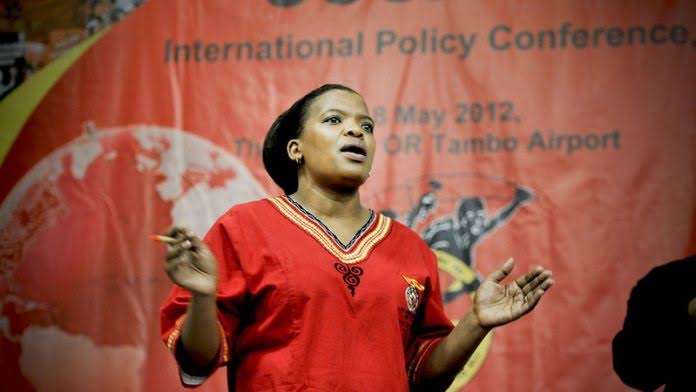 Cosatu’s investment arm, Kopano Ke Matla Investment Company (KKMIC), is facing a serious cash crunch with it said to have R5 000 left in its account.

So dire is the situation that the company is struggling to pay employees – who have begged the trade union federation to intervene.

Sunday World has seen an e-mail dated August 27 from a disgruntled employee in the finance department directed to Cosatu’s top leadership, including the federation’s president Zingiswa Losi and its general secretary Bheki Ntshalintshali.

The employee hits out at the state of affairs at the company.

“…Kindly find attached document for your attention. On the 27th of the month, staff salaries have still not been paid. We come to you in desperation. Urgent intervention is needed at Kopano Ke Matla Investment Company. The board of directors has opted to ignore our cry… ” reads the e-mail in part.

“Kopano’s financial status is distressing staff members and their personal health is getting affected. Can someone please hear our cry .”

The attachment referred to in the e-mail points to a company in financial disarray. The attachment says as of the day of the e-mail, KKMIC had R5 000 in its bank account.

“Since COVID-19, we have received salaries in part payments, or memos informing staff of 50% salary payments and this month, August, no salary at all and no official memo from the CEO. Kopano is not in this financial state because of COVID-19 – it has been a long way coming,” the attachment reads.

The employee’s concerns are shared by several of her colleagues. Cosatu’s “business unionism” has not always gone down well within the movement.

The company managed the sale of Cosatu’s Johannesburg headquarters and the purchase of a new building in Braamfontein, transactions in which former general secretary Zwelinzima Vavi was accused of being improperly involved, an allegation he has always denied.

Testimony led at the commission of inquiry into state capture last year by Cadiz Corporate Solutions fingered KKMIC in having got a share from a fraudulent R657-million windfall that Transnet paid to China North Rail consortium to manufacture locomotives for the utility.

Losi and Ntshalintshali did not respond to questions. KKMIC CEO Stephen Nthite said it is not true that the company had just R5 000 in its account.

“Sadly, we are not immune to the financial challenges that have engulfed the economy and most businesses [including those we’re invested in] in SA due to COVID-19 … our investments are in excess of R250-million and we are in the process of being able to conclude more, now that we are able to do business,” said Nthite.