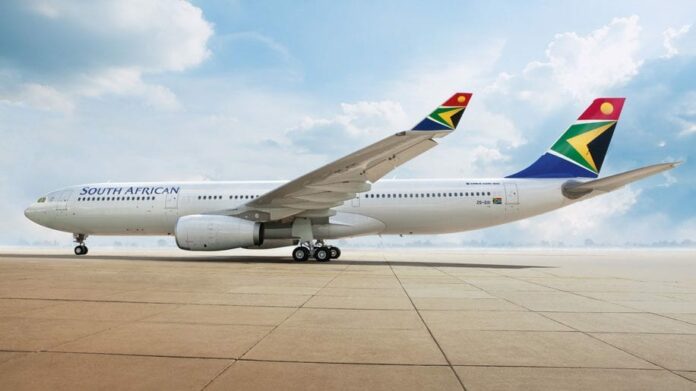 Johannesburg – The Department of Public Enterprises (DPE) has reiterated its commitment to finding solutions to the financial challenges that have seen South African Airways (SAA) staff salaries unpaid for months.

In a statement issued on Friday, the DPE expressed sympathy to the predicament but urged employees to be patient while the department works with stakeholders to find solutions.

“Government believes the key to solving the difficulties facing SAA is the finalisation of the business rescue process,” the department said. “That is why the department is working with Business Rescue Practitioners (BRPs) to find the best restructuring solutions for the airlines, including payment of salaries.”

Any updates of the finalisation of the BRP process, said the department, will be communicated as and when details are available.

In the past, the DPE has worked with SAA management to restore good corporate governance and combat corruption at the national carrier.

As one of the key focus areas, SAA has looked into major contracts relating to logistics, Information Technology, transactional advisory services, ground handling and security.

The DPE said it was aware that the airline took disciplinary steps against the employees implicated.

This resulted in the termination of employment for some senior and executive managers involved in misconduct. Thirteen other employees were found guilty of misconduct and were served with final written warnings while nine were dismissed and another four resigned.

“All stakeholders, employees and union members are encouraged to come forward and provide credible information to the department about instances of possible corruption, collusion, theft or fraud, that have occurred within the airline and amongst its service providers,” the department said.

The R10.5 billion was expected to pave the way for the finalisation of the business rescue process and restructuring of the airline through, among other things, the appointment of an Interim Board, an Interim Chief Executive Officer and Interim Chief Financial Officer.

It was also expected to lead to the implementation of a Social Plan – a training layoff scheme which will be facilitated by the Transport Education Training Authority in partnership with the Department of Labour and Employment.

The funds would also assistance in the selection of a suitable Strategic Equity Partner to strengthen the launch of the new airline; settle the airline’s legacy debt, including voluntary severance packages to employees.

The R10.5 billion would have also began preparations for the formation of a new customer-centric airline designed to be lean, technology capable, digitally modernised and agile to service all market segments.