Johannesburg – The remains of young South African Lindani Myeni, who was last week killed by the police in the US, arrived in the country this past weekend as his grief-stricken family prepared to finally lay him to rest.

As reported in this newspaper last week, Myeni’s story and journey in the US – which he sincerely considered to be his adopted land of milk and honey – was tragic.

This young former rugby player who was killed at the age of 29 is a strong reminder and testimony of the racism that is still so pervasive within the ranks of the police in the US. His family has related a heart-wrenching story of how Myeni, before he was killed, would tell stories of how his white neighbours always treated him with suspicion.

He had not known any peace before he died, his family told us last week.

He, however, resolved to stay as he regarded the US as a country with abundance of opportunities as he believed that unlike in his own country of birth, life would flourish in his adopted country. It was never to be.

Myeni’s youthful life was snuffed out like a candle when he was shot at pointblank range by three white officers only a few houses away from his own home. The police have offered what sounds to be an absurd explanation, saying he was killed in self-defence after he wrestled with the police officers before he was shot four times during the scuffle. From all the available information, it sounds like Myeni was shot in cold blood.

It is important to note that he was not armed when he was shot by the police, who said they were responding to an alleged burglary, which was said to have been in progress. It is significant that Myeni was killed during the week when former Minneapolis police Derek Chauvin was convicted of murdering George Floyd, a black American whose death sparked international protests as millions rallied around the cause of the Black Lives Matter movement.

Floyd’s final moments illustrated in clear visuals what Black Americans have long said about the ways the criminal justice system dehumanises blacks, setting off mass protests across the US. Chauvin’s conviction was also the first time a white police officer was convicted of killing a black person in the US after a video surfaced showing Chauvin coldly pressing down on Floyd’s neck with his knees for about nine minutes.

Unlike Floyd’s murder, Myeni’s brutal killing has not triggered any serious reactions and consequences.

Even our own South African government seems to have resigned itself to accepting the lie which has been offered by the US police about the circumstances surrounding the murder of this young man.

With Myeni’s killing, it appears the US is still a long way from curbing racism and preventing the many Derek Chauvins in its police ranks and protecting black people from being victims of rogue elements in the police ranks.

We urge South Africa to demonstrate serious concern and join Myeni’s family in advocating for the Honolulu police department to release the unedited footage, which captured Myeni’s last moments during the alleged scuffle. 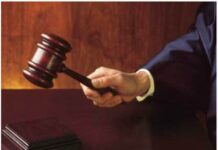 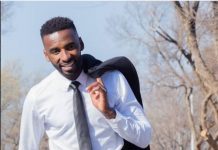 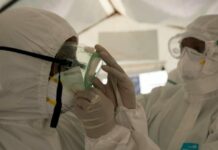 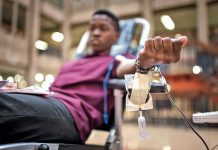