Government promises transparency over the expenditure of IMF loan 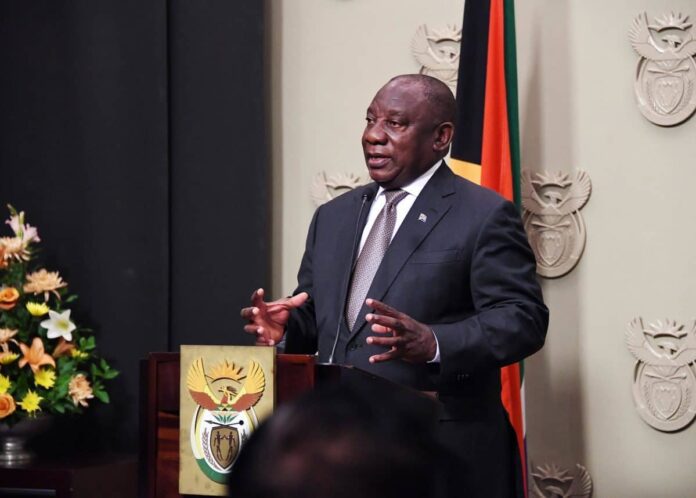 President Cyril Ramaphosa’s administration has promised transparency and accountability over the expenditure of the $4.3 billion (R70bn) loan from the International Monetary Fund (IMF).

The IMF became the latest international lender to give South Africa a loan, after the African Development Bank (AFB) announced a $288 million (4,7 billion) to bolster the country’s fight against COVID-19.

The IMF said in a statement that the outbreak of COVID-19 was leading to a sharp economic contraction and significant financing needs in South Africa.

“The pandemic is evolving in South Africa at a challenging time. With severe structural constraints to growth, economic activity has weakened over the last decade despite significant government spending, resulting in high unemployment, poverty, and income inequality,” the organisation said.

“The authorities’ commitment to transparently monitor and report all use of emergency funds is crucial to ensuring COVID-19-related spending reaches the targeted objectives,” it added.

This comes after Ramaphosa warned last week signed a proclamation allowing the Special Investigating Unit (SIU) to go after those involved in stealing the funds to fight the spread of COVID-19.

The president was concerned by instances where there was corruption and mismanagement of resources to fight the virus, leading to funds stolen, state money misused, goods overpriced and food parcels diverted.

Ramaphosa said government was increasingly hearing of about fraudulent UIF claims, overpricing of goods and services, violation of emergency procurement regulations, collusion between officials and service providers, abuse of food parcel distribution and the creation of fake non-profit organisations to access relief funding.

The president noted that his government had established a centre that brings together nine institutions to prevent, detect, investigate and prosecute COVID-19 related corruption.

“We are determined that every instance of alleged corruption must be thoroughly investigated, that those responsible for wrongdoing should be prosecuted and that all monies stolen or overpriced are recovered,” he said.

Ramaphosa’s sentiments came amid reports that officials in provinces such as Gauteng and the Eastern Cape, among others, were involved in the looting of money for personal protective equipment and food parcels.

“A deep economic recession is unfolding as the decline in domestic activity and disruptions in the global supply chain resulting from the COVID-19 shock have added to a pre-existing situation of structural constraints, subdued growth, and deteriorating social outcomes,” he added.

Delivering a supplementary budget occasioned by the outbreak of the COVID-19 global pandemic, Mboweni said the country has accumulated far too much debt and that the economic downturn due to the Coronavirus will add more debt.

Mboweni said out of every rand paid in tax, 21 cents go to servicing debt.

“This indebtedness condemns us to ever higher interest rates. If we reduce debt, we will reduce interest rates for everyone and we will unleash investment and growth,” he said.

“Our Herculean task is to close the mouth of the Hippopotamus! It is eating our children’s inheritance. We need to stop it now!”