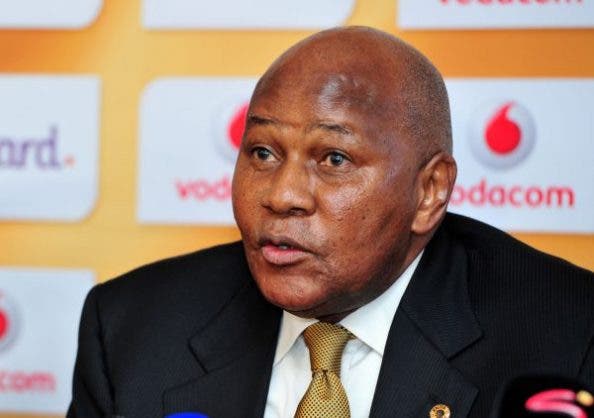 Johannesburg – GQ South Africa, in association with Hennessy V.S.O.P. Privilège and proud partners BOSS Parfums and Lexus, announced the winners of the Men of the Year awards on Saturday, 12 December at a prestigious awards ceremony held at Hotel Sky in Sandton.

A brand property produced by GQ editions globally for more than 20 years, the GQ Men of the Year Awards recognizes the men and women who shape our cultural landscape – those men and women who are wise, inspiring and the most talented people of the year.

This is the brand’s second GQ Men of the Year awards event held in South Africa and on the African continent.

Hosted by Expresso Morning Show Presenter, Thabiso Makhubela, the night was a celebration of the people who make South Africa, and Africa, great, with an eclectic mix of icons, superstars, tastemakers and more.

“As a brand, we are thrilled to showcase all the best that South Africa and Africa has to offer. Amid a pandemic, all the people we honoured today, excelled and inspired.  This year is also a special one for GQ South Africa, as December marks 21 years since our launch edition in December 1999 – and our Men of the Year Event is the perfect moment to commemorate the occasion,” said GQ Editor-in-Chief, Molife Kumona.

GQ’s Men of the Year Awards 2020 was produced in collaboration with Hennessy V.S.O.P. Privilège and proud partners, BOSS Parfums and Lexus.

The Men of the Year awards winners are as follows:

The highlight of the evening, and the most special award – The Hennessy V.S.O.P Privilège Lifetime Achievement Award – was presented to South African businessman and founder of Kaizer Chiefs, Kaizer Motaung.

Pascal Asin, Managing Director of Moët Hennessy for Africa and the Middle East said, “This year, Hennessy V.S.O.P Privilège presented the Lifetime Achievement award to Kaizer Motaung. The award recognizes an individual who has made a significant contribution to South African sport over the last 50 years and who continues to be dedicated to the progression of the industry. We are honoured to have been able to present this to Kaizer Motaung, an exceptional individual who continues to play a vital role in South African soccer.”

Asin concluded by saying: “Hennessy V.S.O.P has been celebrating the pioneers, the game-changers, the movers, shakers and change-makers for over 200 years, paying homage to those who embody its ethos: Never Stop. Never Settle. This is why we have chosen to partner with GQ Men of the Year once again. It’s a perfect match and a way for Hennessy V.S.O.P Privilège to honour courageous South Africans who push the boundaries of their own success, stand for their convictions and epitomise excellence.”

The awards will be brought to life in print, featuring photo shoots and interviews with category winners. These are also be available on GQ.co.za and on GQ’s social media platforms.