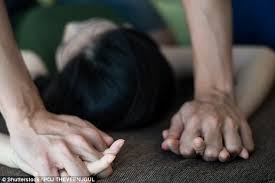 Johannesburg – The South African Police Service (SAPS) has welcomed the heavy sentences handed to the accused in various sexual offences cases in the Eastern Cape over the course of the year.

SAPS said the quality investigative skills possessed by detectives in the Family Violence, Child Protection and Sexual Offences (FCS) unit have contributed to the successful prosecutions.

According to SAPS, 39 life sentences and 950 years of imprisonment were handed down to rape and sexual offences suspects from various parts of the Eastern Cape from 1 January 2020 to 30 November 2020.

“The diligent work by FCS members played a crucial role in securing these sentences and making sure that perpetrators of these offences are removed from society.

“In the same light, we hope that the victims and their families will derive strength from the fact that those who inflicted such pain in their lives have been jailed for a long time,” said Ntshinga.

According to the police, a King William’s Town man, Monwabisi Mbonyuza, 39, was convicted and sentenced at the Bhisho High Court last month to four life terms and 97 years for eight counts of rape and three counts of robbery with aggravating circumstances.

“Mbonyuza was sentenced for rapes and a spree of robberies committed in the Zwelitsha and Bhisho areas from July 2011 to September 2015, where it is alleged he raped eight females aged between 14 and 21,” the SAPS said.

His modus operandi was to approach people walking at night and rob them of their cell phones and belongings at gunpoint.

He was identified through DNA linkage and arrested in 2019.

Meanwhile, another 27-year-old man, Ongeziwe Mtshizana, was sentenced to life imprisonment for rape and three years for kidnapping.

Ndumiso Ntsizi, 53, from Queenstown, was sentenced by the Grahamstown High Court to one life term for rape, 10 years for attempted murder, five years for assault GBH (grievous bodily harm), and 12 months for assault.

Ntsizi was found guilty for raping a 28-year-old woman from 2008 to 2018 while they stayed together.

The judge meted a life sentence for continued rape, while the 10-year sentence was passed for attempted murder, since the suspect raped the victim knowing that he was already HIV positive.

“Five years were handed for assault GBH for an incident where the victim was severely assaulted by the suspect, which left her with a broken arm. This allegedly happened after she was found to be romantically involved with a young man of the same age by the suspect,” said SAPS.

A 30-year-old foreign national, Adolf Vita, was found guilty for the murder, rape and assault. He was given 25 years for murder, 20 years for rape and five years for assault GBH.

“The sentence follows an incident on 2 September 2019, when information was received about the discovery of the body of a woman, estimated to be 30 years old, from Rabula Location,” said SAPS.

Vuyolwethu Ntsimbi, 21, from Mqanduli, was convicted and sentenced to 18 years imprisonment for raping a 67-year-old woman outside her house.