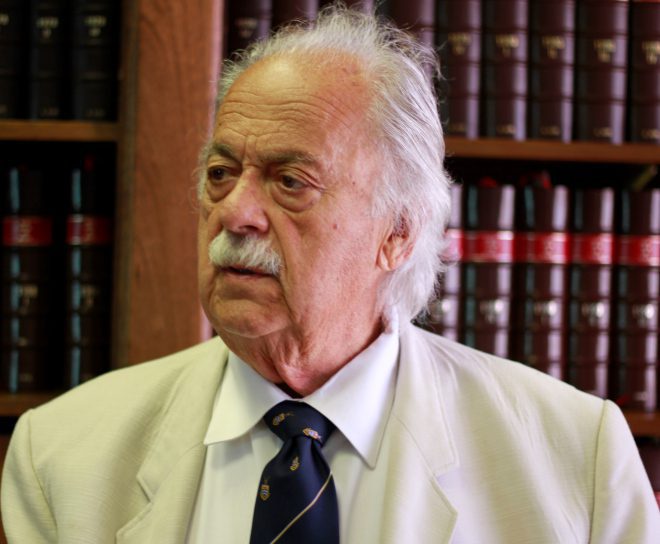 Tributes are pouring in for veteran human rights lawyer Advocate George Bizos, who died today at the age of 92.

The SAHETI school, whose board Bizos was the founding chairperson some 20 years ago, said he was a man of integrity and courage.

The distinguished human rights advocate represented former President Nelson Mandela and Struggle stalwart Walter Sisulu in both the Rivonia and the Treason trial.

He also represented prominent people including Winnie Madikizela Mandela – who he represented on more than 20 occasions -the families of Steve Biko and Chris Hani and also blocked amnesty applications of killers of activists Neil Aggett and Mathew Goniwe of the Cradock Four, among others.

“We are privileged as a school to have benefitted from the life of a man who h=gave time and energy contributing to the shaping of SAHETI as we know it and enabling us to “Aim just a little higher” the school said in a statement.

“As a community, we have walked alongside a man who has become an icon of the struggle against Apartheid in South Africa,” the school added.