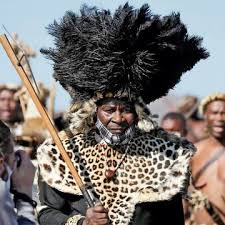 Durban – The former leader of Zulu regiments Zihogo Maguzumela Nhleko popularly known as Mgilija has passed away on Monday evening at his ancestral home in Nongoma, Kwa-Zulu Natal.

The news of his untimely passing was announced by a KwaZulu-Natal based cultural grouping known as Injeje Yabanguni who said: “It is with shock and sadness that we learn of the passing of ubab Mgilija. We feel robbed of passionate advocate of the Zulu culture and preservation of Africanism.”

Mgilija had been unwell for some time and had to be operated after his condition worsened.

He was the leader of the Zulu regiments until his expulsion in July 2021 after being accused by the AmaZulu royal house of leading Amabutho to Nkandla to support former President Jacob Zuma against his incarceration without being sanctioned by the royal house.

Mgilija was known to be a staunch traditionalist who takes no prisoners and was the long-serving commander-general of Amabutho kaZulu (AmaZulu regiments).

As a trusted servant and a warrior, he served the late king for over two decades.

He received unexpected popularity and public admiration when he led throngs of Amabutho to collect the mortal remains of the late AmaZulu king, who had passed on at Durban’s Chief Albert Luthuli Hospital in March.

In keeping up with the Ama- Zulu tradition and cultural beliefs, Amabutho had to travel about 300km from the king’s royal palace of KwaKhethomthandayo in KwaNongoma, in northern KwaZulu-Natal to Durban.

As dictated by the traditional norms and values, Amabutho had to be the first ones to see and receive the king’s remains before he could be transported to his home.