Johannesburg-Legendary actress Sophie Ndaba has found love again, this time in the arms of a Nigerian man of the cloth.

Before meeting Lichaba, Ndaba was married to The Queen actor Themba Ndaba with whom she has children.

She later married Bishop Keith Harrington, a union that ended in high drama when the two took protection orders against each other.

Sunday World has learnt that the former Generations actress has found solace in the arms of a Nigerian pastor and businessman named Allen.

According to Ndaba’s friends, she has been dating for almost a year and they still can’t keep their hands off each other.

The love birds have also taken their fledging relationship public after attending a few public events together.

According to Ndaba’s friend, the relationship is deeper than just a physical connection, the couple also shares a spiritual connection.

“They get along, they pray together and talk about God. Allen has been patient with Sophie – he knows what she has been through.”

According to another source, he was one of Shepherd Bushiri’s pastors.

According to another source, the couple met through a mutual friend and it was an instant connection. “I can safely say it was love at first sight.”

Ndaba’s tumultuous love life found itself in the news last year when her son, Lwandle Ndaba, alleged in a song that Lichaba had assaulted the thespian and also cheated on her with his best friend, who is young enough to be his daughter.

“I’ve never seen a wife in pain because of a man she loves. Because a man she loves came along and showed us how bad a man can be … I always thought that you’re the one to protect us, instead, you always pull up with the stresses, raps Lwandle.

“You the reason my mama fell to depression. You used her fame and money. You got it all and you left us with nothing”. Lichaba dismissed the allegations that he had abused the actress. 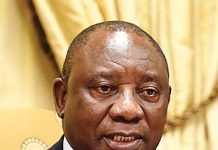 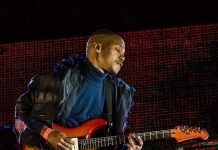