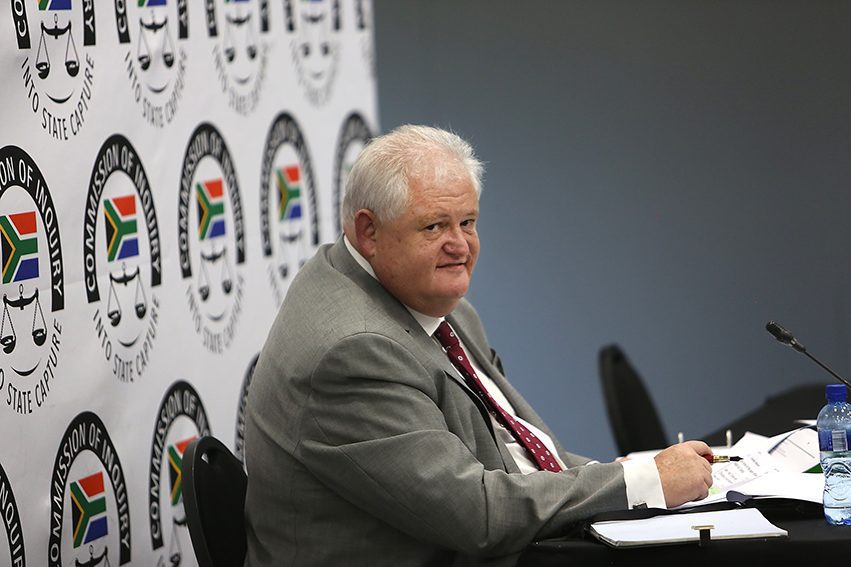 The Investigating Directorate (ID) says it has opposed former BOSASA Chief Operations Officer Angelo Agrizzi’s bail because it discovered that he lied about his assets and had failed to disclose that he moved millions of rands to offshore accounts.

Agrizzi appeared in the Palm Ridge Magistrates Court today where he is facing fraud and corruption charges arising from bribes he and/or BOSASA paid to Vincent Smith and/or his company Euroblitz.

The NPA’s Investigations directorate states that Agrizzi had told the investigators when he was arrested, that his family-owned moveable assets worth R2.6 million and immovable property with R14 million.

However, the ID said it has since discovered that the former Bosasa COO had lied and it found that his moveable assets including furniture, art, and jewellery were in fact worth R35 million and not R2.6 million as per his affidavit.

ID said it also discovered that Agrizzi also failed to disclose that the same properties and assets he declared were owned by his family trust and worse, he had also taken loans with a bank against some of the properties.

The statement shows that ID found that Agrizzi owes ABSA an amount of R7 million and had failed to make payment to the loan since February 2019, and the Trust tried to auction the property to cover the loan.

The ID said it also found that Agrizzi also lied about it his citizenship because he had claimed that he had one citizenship, but the ID discovered that he had strong ties to Italy, his home country.

They said he had also claimed to have lost his Italian passport when asked about it.

The ID, in its statement also revealed that Agrizzi who shot to fame after he dropped serious files on Bosasa corruption at the State Capture Commission, also revealed that it found that while appearing at the commission he transferred an amount of R11.99 million out of the country to an offshore account using his wife.

“Italian authorities have confirmed that both Mr and Mrs Agrizzi opened bank accounts in Italy into which the funds liquidated in South Africa were transferred.  On 5 March 2019, Agrizzi bought real estate/property in Castel Del Piano in Italy for €880 000.00 as well as a luxury vehicle. A bank account in the name of Agrizzi’s wife has a balance of €714 419.50,” reads ID statement.

The NPA said it’s other arms, the Asset Forfeiture Unit are now taking steps to seize the Italian assets.

The matter was postponed to 03 December.