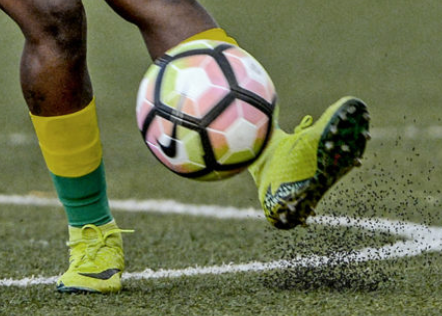 Johannesburg – Superdrive Investments is demanding back its luxury set of wheels from Mamelodi Sundowns attacking midfielder Phakamani Mahlambi after losing a debit order tournament with other credit providers in the footballer’s bank account.

Sunday World can exclusively reveal that Mahlambi, who reportedly earns R400,000 a month playing for the Brazilians, was unable to pay over his R11,000 monthly instalment  for the BMW drop top that he bought from BMW South Africa about two years ago.

The shocking details, which give credence to claims that many soccer players struggle to manage their bank accounts, are contained in papers filed by Superdrive Investments at the Joburg High Court, in which they are demanding a court order to repossess the vehicle from the controversial footie.

According to the papers, which Sunday World has seen, Mahlambi, who was reportedly bought for R13-million from Egyptian side Ah Ahly by Sundowns, obtained a loan of more than R690,000 from BMW Financial Services to buy the 2018 BMW 220I Convert M Sport on November 20, 2018.

After signing a vehicle sale agreement, BMW Financial Services and Mahlambi signed a cession pact in which they agreed that the  German company would cede its rights, title and interest to claim against the footie to Superdrive Investments.

In  terms of the agreement, Mahlambi was expected to repay the principal debt in 71 instalments of  over R11,200 per month.

Mahlambi, who has previously found himself on the wrong side of the law for driving under the influence of alcohol, was also expected to remit a balloon payment of over R209,000 at the end pf of the term of the loan.

The  former Bidvest Wits player defaulted on his instalment and  was over R20,000 in arrears as of September 15 this year.

Superdrive Investments lawyers Thomson Wilks Inc said letters were sent to Mahlambi in September, pleading with him to settle his arrears and keep his account up to date.

Notwithstanding the demand, Mahlambi, whose move to Amazulu last month was frustrated by his hefty salary package that Usuthu couldn’t afford,  refused or failed to pay the arrears, prompting the bank to go to court to get an order to repossess the car.

“Wherefore the plaintiff prays for judgment against the defendant for confirmation of termination of the agreement (and) an order authorising the Sheriff of the Court to attach, seize and return to the plaintiff the 2018 BMW 220i Convert M Sport A/T ( F23) motor vehicle,” read the papers.