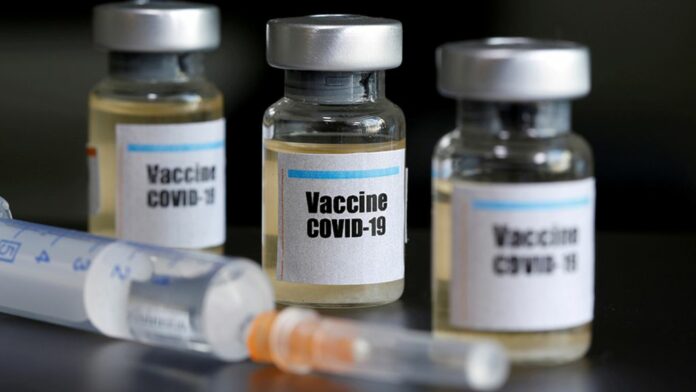 Johannesburg – President Cyril Ramaphosa has announced that government will deploy a comprehensive vaccination strategy that aims to reach all parts of the country.

Addressing the nation on Monday on the country’s progress in containing the COVID-19 pandemic, the President described the task as the “largest and most complex logistical undertaking in our country’s history”.

As of this week, South African has recorded over 1.2 million COVID-19 infections and 33 000 related deaths. The country is currently experiencing its second wave of infections.

“It will be far more extensive than our HIV treatment programme or even our national, provincial and local elections in terms of the number of people who have to be reached within a short space of time,” said President Ramaphosa.

The task will require the active involvement of all spheres of government, all sectors of society and all citizens and residents of the country.

In this regard, the President said the country was in the process of procuring vaccines through three channels: through the World Health Organisation’s COVAX facility, through the African Union’s vaccine initiative and through direct engagements with vaccine manufacturers.

“South Africa is part of the global COVAX facility, in which countries pool their resources to support the development of vaccines with a view to ensure that all countries receive an equitable supply of effective vaccines,” he said.

The country is expected to receive vaccine doses for around 10 percent of the population through COVAX.

“Through intensive engagement with vaccine manufacturers, the Task Team has done tremendous work to secure vaccine doses for countries on the continent,” he said. “The South African government has also been engaging directly with several vaccine manufacturers for over six months.”

Added the President: “Given the massive global demand for vaccines and the vastly greater purchasing power of wealthier countries, we are exploring all avenues to get as many vaccine doses as soon as possible.”

While there are several promising negotiations with a number of different manufacturers that are yet to be concluded, South Africa has to date secured 20 million doses to be delivered mainly in the first half of the year.

Government will make further announcements as it concludes negotiations with vaccine manufacturers.

The second part of the strategy, the President said, is to identify the priority groups that need to be vaccinated with doses throughout the year.

Have you read: Scramble for Covid vaccine billions – Black business wants their cut

In Phase 1, with the first batch of vaccines, 1.2 million frontline health workers will be prioritised.

“In Phase 2, when more vaccines arrive, we will prioritise essential workers such as teachers, police, municipal workers and other frontline personnel. We will also prioritise people in institutions like old age homes, shelters and prisons, people over 60 years of age and adults with co-morbidities. The total number we plan to reach in this phase is around 16 million people,” he said.

In Phase 3, with increased manufacturer supplies, government will then vaccinate the remaining adult population of approximately 22.5 million people.

“We will then have reached around 40 million South Africans, which is considered to approximate herd immunity,” he said.

The third part of the strategy, said the President, is to distribute the vaccines throughout the country and to administer them to those who have been identified to receive them.

Government has set a target of achieving herd immunity through a massive vaccination programme as it charts a path to recovery.

“We have always said that an effective vaccine will be a game-changer. Vaccines offer to the peoples of the world a means to control the Coronavirus pandemic. A person who is vaccinated has a much reduced chance of becoming ill and dying from COVID-19,” he said.

‘Herd immunity’ or ‘population immunity’ is when enough of the population is immune to the virus to provide indirect protection to those who are not immune, bringing the spread of the virus under control.

While the actual level needed for herd immunity is not known, scientists have estimated that South Africa will likely reach herd immunity once around 67 per cent (40 million) of the population are immune.

Government has established a national coordinating committee, which brings together key government departments, the private sector and other stakeholders to oversee the implementation of our national strategy.

The President said the state will administer vaccinations through hospitals, clinics, outreach services and mobile clinics, and private settings such as doctor’s offices, pharmacies and work places.

“An inclusive partnership has been formed between government, medical schemes and the private sector to support the acquisition, funding and distribution of vaccines,” he said.

Also read: Union up in arms over Corona rates in SA prisons

President Ramaphosa welcomed the contributions made by civil society, academics and others towards the development of an effective national strategy, even when such contributions have been critical of government.

“We are integrating the full resources and capacity of our country into a single effort directed at making vaccines available. This collaboration, which is among the most significant of its kind in our history, is essential as we work together in solidarity to win the war against COVID-19,” he said.

Addressing those who are sceptical about vaccines, the President said there is much disinformation and conspiracy theories being spread about the COVID-19 vaccines.

This was despite vaccines having been used over the years to eradicate diseases such as small pox and polio.

“Children get vaccinated routinely against many diseases such as mumps, measles rubella, and travellers are often vaccinated against diseases like yellow fever,” said the President.

He reiterated that every vaccine that will be used in government’s programme will have to be approved by the South African Health Products Regulatory Authority, which applies stringent scientific standards to ensure the safety and efficacy of any drug or treatment.

“South Africa’s vaccine strategy is well underway. Understandably, we all want to know when the vaccines will be arriving. As we work to secure the supply of sufficient doses in the midst of a huge global demand, we will do everything possible to ensure that the process is transparent and that all information is available,” he said.

He urged the public to be part of the monumental undertaking to roll out the Coronavirus vaccine.

“Although it will be difficult, complex and often frustrating, it is vital that we do this together, for the sake of our country and for the well-being of all our people,” he said.