Plan to reopen schools by June 1 gets murky

By Somaya Stockenstroom
13th May 2020 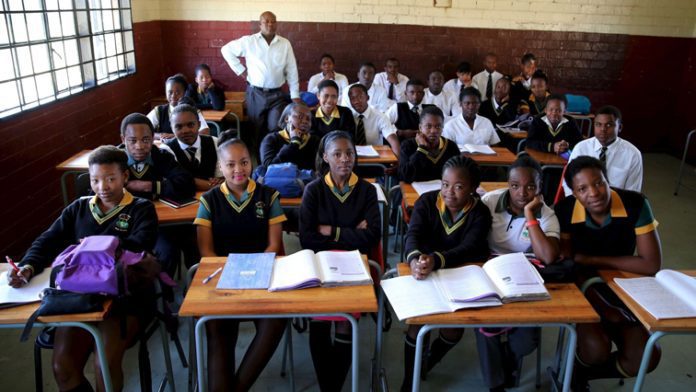 Trade Unions operating in the education sector have accused the Department of Basic Education (DBE) of having rushed to announce dates for the reopening of schools before assessing the situation on the ground.

Sadtu, Naptosa, Natu, PEU and the SAOU, in a joint statement, said only two provinces had declared their readiness to welcome back teachers and learners.

“The unions stressed the need for a single national calendar and rejected the idea of a phased approach to provinces and schools reopening. We placed on record our concern at the increasing infection rate in the country and the impact this could have on the schools returning,” the unions said.

“The manner in which the department is conducting itself on the consultations is causing trust deficit with the unions and this must be addressed. The DBE desist from misleading the public about unions having agreed on everything. We all want to see a smooth reopening of the schools.”

Media reports this week suggested that only Gauteng and the Western Cape – two of the most affluent provinces in the country were ready to resume the school calendar.

Ironically – the two provinces are the hardest hit by COVID-19. Western Cape currently has 6105 confirmed cases – more than half of the 11350 reported in the country so far. Gauteng is second on the list with 2014.

Minister of DBE Angie Motshekga’s initial proposal, which is due to be ratified by the National Coronavirus Command Council, would see Grade 7 and 12 learners returning to class on June 1.

However, the tit for tat between the DBE and the unions over the readiness of schools to receive teachers and learners have put these plans up in the sky.

Cabinet is expected to also deliberate on the recovery plan for the education sector when it meets today.