Soccer Scene: Football fans have made it clear, it is time for Jordaan and Co to quit

Johannesburg – The nation has spoken, unequivocally calling for the resignation of Safa president Danny Jordaan and his entire executive committee in the aftermath of Bafana Bafana’s humiliating failure to secure a place at the Africa Cup of Nations finals in Cameroon next year.

The sound of the national callout is loud and clear, the South African public is gatvol with the way the national association, with Jordaan and his cronies at the helm, are running football.

The nation is urging the Safa leadership to undergo a major shake-up because they have overstayed their welcome.

It is not the first and will not be the last time the public asks Jordaan and Co to step down in the interest of progress in the running of the biggest sport in the country, but he will not be going anywhere anytime soon, as there have been numerous calls before and these were ignored as if the national sport belongs to those who govern it. Football followers in this country are not regarded as stakeholders in the game, especially by Safa.

Also read: Who will be Bafana’s new coach? Here are the top contenders

Instead, they are treated as intruders whose voices must be silenced, whose concerns are constantly disregarded, whose national pride in Bafana is dismissed as being of no significance.

Bafana should be treated as a national asset by Jordaan and his executive committee, who must own up to the consequences of their actions.

They appointed the nowaxed Molefi Ntseki as the senior national team head coach knowing very well that his CV did not include international football experience – a prerequisite for the position.

The chickens have come home to roost because I was one of those called to order and later roasted by Safa when I said the association went for a cheaper option by appointing a coach from within its junior ranks to coach Bafana.

I foresaw what was coming but was told Safa was being run on a shoestring budget and could not afford a coach with international experience, a man with Afcon and World Cup acumen.

No, the pleas, coming even before caretaker Ntseki was appointed fell on deaf ears. It was a case of “we know what is right for South African football”. I should allude again that Jordaan and Co have been accused of allegedly running the sport of football like their own fiefdom as echoed by the sentiments of former CEOs Dennis Mumble and Gay Mokoena, not forgetting exco member Ria Ledwaba, as well as Shoes Mazibuko, who is the president of the SA Schools Football Association.

In 2019, Mumble came out guns blazing in a letter to the Safa council expressing his outrage at the way his departure, after the end of his contract the previous year, was “misrepresented” in the public domain by Jordaan, whom he accused of alleged “interference in the administration” following their running battles at the Safa House headquarters.

A few months after his appointment as successor to the acting Russel Paul in 2019, Mokoena fired his own salvo, accusing Jordaan in the “Mokoena Report” of flouting corporate governance principles and the organisation’s statutes, particularly when it came to the appointment and the sacking of NEC members.

You may also be interested in: National team going backwards, says Benni

Ledwaba, a Safa vice-president like Mokoena, was fired the same year as the latter after she wrote a letter to Sports Minister Nathi Mthethwa asking for intervention in the manner in which some Safa affairs had been handled, specifically by Jordaan.

The Safa chief’s political affiliation and backing has seen him weather many storms as a comrade.

What do you expect? He is an ANC member and former mayor of the city of Gqeberha.

Jordaan and Co must do the honourable thing – resign – and give people with new ideas a turn to take over our football. 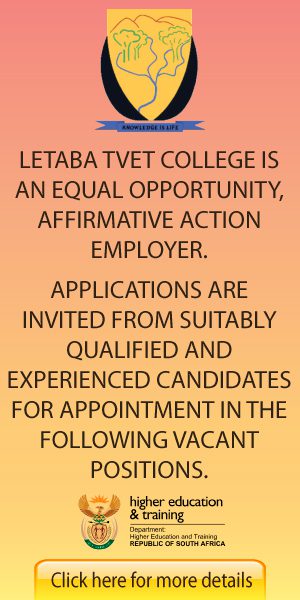