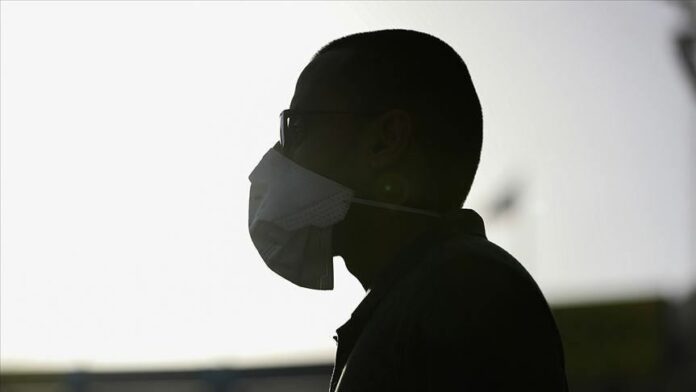 Johannesburg – Gauteng’s Steve Biko Academic Hospital (SBAH) is under pressure as the health facility sees an influx of COVID-19 patients as provincial cases continue to peak.

This as images of the sick treated in fever tents in the hospital’s parking lot, were making rounds on social media platforms over the weekend.

According to Gauteng Premier David Makhura, who visited the hospital in Pretoria on Monday, the province is now in the eye of the storm of the second wave of infections.

“The province is now becoming the epicentre of the second wave by all accounts and it’s something we said that after the festive season, Gauteng is going to be next,” the Premier told the media.

However, he said this was evidence of the impact of the school leavers who attended the Ballito matric rage event in November, of which the largest number came from Pretoria.

Makhura said hospital admissions have doubled across the province in the last seven days.

According to the province, some of the patients at SBAH are referred from private hospitals, while others are from the neighbouring provinces such as North West, Mpumalanga and Limpopo.

Makhura explained that fever tents are used across the province where persons under investigations (PUIs) are treated.

“These are the people who have to come here, test and wait for their results and the decision of what care they need gets taken afterwards,” he explained.

Currently, the infection rate in Gauteng has peaked, with the province’s daily infections topping 6 000.

“As we speak, we’re just where we were at the peak of the first wave and we’re surpassing it because the new variant is more infectious,” he added.

Meanwhile, public hospital admissions have increased from about 700 to 2 000 in the last seven days.

At present, Makhura said the province has about 4 500 COVID-19 patients in both public and private hospitals.

Makhura said the province has more beds lined up as more people contract the virus.

Meanwhile, the province is looking at extending the contracts of the temporary healthcare workers, including doctors, whose term is ending in March.

“It’s clear that we’re going to have COVID-19 more than what the earlier models had anticipated,” the Premier stressed.

“We’re also paying attention to field hospitals, while in many hospitals we’ve been adding beds and additional complexes with alternative technologies.”

The province is working around the clock to plan as they prepare for a double in the number of infections compared to the first wave.

He said the 500-bed Nasrec Field Hospital currently has 302 patients including PUIs, while 500 more beds with oxygen will be added in two days.

Also, the province working with BMW is completing 150 beds at Bronkhorstspruit Hospital, which will bolster the fight against the pandemic.

Meanwhile, the province is also dealing with frontline workers including the police who have contracted the virus.

“A lot more of our healthcare professionals who were working throughout the season are also being infected.”

“The next two weeks are going to be difficult on the side of government. We are doing everything in our power, working with our healthcare workers and in some instances, law enforcement agencies to enforce regulations.”

He reiterated that the COVID-19 battle cannot be won only by government and health professionals, but it requires great citizen cooperation.

He also warned people about funerals that are still a breeding ground for the spread of the deadly virus.

“Someone who has passed on due to COVID-19 should not be brought home,” Makhura stressed.

The Premier is appealing to citizens to refrain from organising and attending events that are barred under level 3 regulations.

Moreover, he urged those who are getting back to work to follow all the non-pharmaceutical interventions.

“We’re nearing a difficult time and that is why we’re calling on citizens to continue to help us and support all these measures in place,” he said. – SAnews.gov.za