Sunday Politics: Our democracy has no room for Samson moment 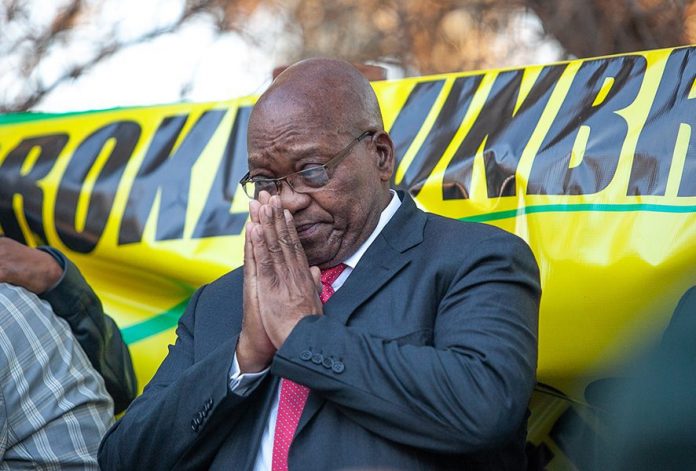 Johannesburg – Many of us following the country’s political discourse have now become accustomed to letters by former president Jacob Zuma.

Written from his homestead in Nkandla, the letters are explosive in threats, war talk, conspiracies and other sometimes jaw-dropping and confusing stuff. It all started with that letter in response to President Cyril Ramaphosa’s own letter to ANC members drawing a line in the sand in the fight against corruption.

Zuma took issue with Ramaphosa after he said that the ANC was accused No 1 when it came to corruption.

In vintage Zuma style, he reminded his successor that “our movement discovered spies and enemy agents, commonly called ‘izimpimpi’, within its ranks. However, not once was the ANC ever accused of selling out merely because there were sell-outs within its ranks.”

Zuma wrote other “explosive” letters to Deputy Chief Justice Raymond Zondo over his appearance at the state capture commission into corruption. In them, he kept attacking the legitimacy of the judiciary and the commission. But it was this week’s letter that should deeply worry many of us who subscribe to the rule of law.

At the conclusion of the letter, Zuma, without any shred of evidence, said: “When people rise up against this judicial corruption, our young democracy will unravel and many democratic gains will be lost in the ashes that will be left of what used to be our democratic state; many who profess to be acting in the interests of democracy will leave for their wealth destinations abroad as many of them hold dual citizenship.”

For far too long, Zuma has portrayed himself to be above the constitution and the rule of law that he claims to have fought for.

His actions appear to have been aimed at precipitating a constitutional crisis and causing an insurrection.

The former president seems to be engineering a “Samson moment” whereby he is threatening to go down with the whole temple. Zuma should tell us who were the spies and who are these corrupt and compromised judges he is talking about. Our constitutional democracy can ill-afford this amount of undermining of its pillars – even if Zuma is a former president of this land and participated in the struggle against apartheid. That he helped fight apartheid doesn’t give him carte blanche to undermine the institutions of our democracy.

Zuma has to do the honourable thing and appear before the commission and our courts to clear his name.

That is what he asked for when allegations of corruption were made against him, not threaten to cause an insurrection akin to what Donald Trump did when he incited his supporters to storm the Capitol.

We need to defend the institutions of this democracy against threats.

In their wisdom and given our history, our forebears constructed our political order in such a way that we don’t have a dictatorship of the judiciary, executive or parliament, but a constitutional democracy with Chapter Nine institutions to guard it.