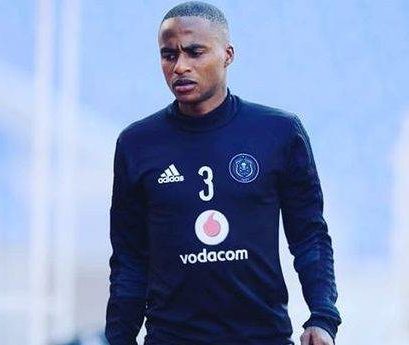 Orlando Pirates midfielder Thembinkosi Lorch was arrested by police last night after he allegedly beat up his girlfriend.

This comes after the footie’s girlfriend Nokhupiwa Mathithibala opened up a case of assault against him at Midrand Police station indicating that Lorch strangled her after she had asked about his whereabouts.

The incident, according to a police statement, seen by Sunday World, happened on Sunday evening at the soccer player’s complex in Midrand.

Mathithibala states that Lorch became angry after she asked him where he had been following his disappearance for six hours leaving her at his house where they were supposed to chill after washing their two cars.

She said the soccer player slapped her and thereafter started strangling her, sitting on top of her, while she lay on the ground.

The statement shows that Mathithibala indicated that Lorch later took the car she was driving and drove off with his friend leaving her stranded and without transport.

A police official close to the case said Lorch was picked up by officers in the wee hours of Monday morning, and he slept in police cells.

Provincial Police Spokesperson Kay Makhubele confirmed that a case of assault was opened against a 27-year-old man, and said the man was arrested in the early hours of Monday morning at his place of residence.

“It is reported that the suspect physically assaulted the complainant after a verbal exchange between the two, and the victim was allegedly rescued by the suspect’s friend who was present at the time of the incident that is related to domestic,” said Makhubele.

“This matter is currently in the hands of the authorities. As a club, we cannot comment further except to say that we condemn all forms of violence, especially violence against women and children. We support the rights of each and every individual but we strongly condemn violence. This country has witnessed some of the most appalling cases of GBV and we do not take this matter lightly, however, we need to respect the process undertaken by the authorities and allow the law to take its course,” reads the statement.