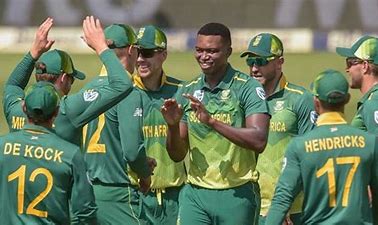 Johannesburg – The department of Sport, Arts and Culture Minister Nathi Mthethwa has commended Cricket South Africa’s Interim Board and Member’s Council on their historic agreement to transform cricket.

The Minister said this when he tabled the department’s Budget Vote to the mini plenary of the National Assembly on Thursday.

“The Department continues to work with all key stakeholders in ensuring that proper, efficient and effective governance structures are the cornerstone of all sport bodies, including the confederation.

“This needs to be supported by all patriots who want to see a new and clean start to the game,” he said.

His remarks comes after a protracted stand-off with Cricket SA over their refusal to transform, which led to his decision to deregister and defund the federation – a decision he later withdrew.

“We note descending voices but we are not deterred or shaken by their misgivings.

“What we have been dealing with in the past six months in particular is, on the one hand, conservative thinking that seeks the status quo and on the other hand, progressive transformative voices. Our choice is clear: transformation is sacrosanct. Transformation is our agenda,” he said.

Mthethwa said, meanwhile, that the department will provide support to the South African Sport Confederation and Olympic Committee (SASCOC) through a focused approach to ensure maximum return on investment.

“To this end, the support provided by the department for the preparation and delivery of the Tokyo 2020 South African Olympic and Paralympic Team is specifically earmarked for athletes and teams ranked top ten in the World and those with a proven track record of medaling at major international events,” he said.

He said that the department is also collaborating with the National Lotteries Commission in an effort to ensure better coordination of support provided towards Team South Africa.

“The contribution made by the National Lotteries Commission and other corporate partners needs to be commended,” he said.