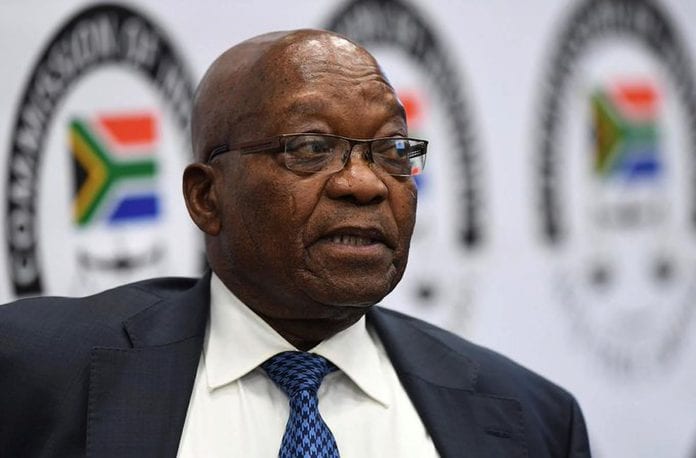 Deputy Chief Justice Raymond Zondo has said the fact that he had a child with a sister of one of former President Jacob Zuma’s wife does not have any bearing on the exercise of his judicial duties.

In September, Zuma wrote to Zondo alleging that the jurist was biased due to some family links.

The former president threatened to lodge an application for Zondo’s recusal.

Zondo confirmed that he had a romantic relationship with Thobeka Madiba-Zuma’s sister and a child was born out of it about 25 years ago when he was in his 30s.

He said Madiba-Zuma had no relationship with the former statesman in the 1990s.

“That Mr Zuma happened to marry the sister of a woman with whom I had a relationship that had ended so many years before that marriage has never had any bearing on the execution of my judicial functions in the many matters involving Mr Zuma in which I have sat as the justice of the Constitutional Court since 2012 nor does it have any bearing on the execution of my duties as the chairperson of the commission,” he said.

Zondo added that Zuma had not raised any complaint, concern or attempted to apply for him to recuse himself in the many matters he presided over which involved the former president.

The justice said he would deal with other allegations related to the matter as and when Zuma lodges the application for his recusal.

“At the time of receipt of the letter (from Zuma), the chairperson of the commission decided not to respond to, or, comment on, any of the allegations made on the basis that, as it was said Mr Zuma was going to lodge an application for the chairperson’s recusal,….It has been more than a month since the letter and the commission has not received that application,” he said.