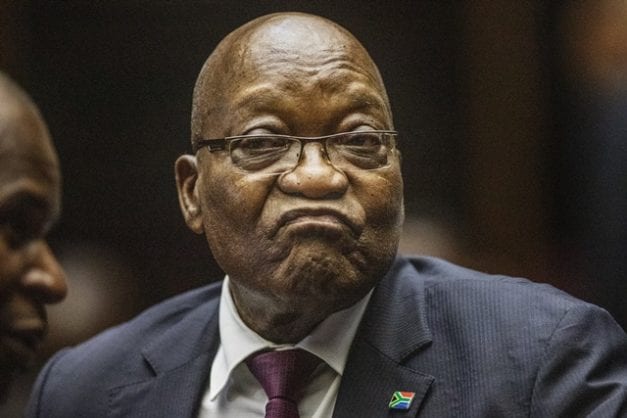 In a statement, Zuma, through his foundation, Zuma said: “On 25 July 2019, I published a tweet which alleges that Derek Hanekom is a known enemy agent. I unconditionally withdraw this allegation and apologise for making it as it is a lie,” he said in a statement.

Zuma had previously said he would apologise to Hanekom for calling him an enemy agent.
On Friday, the Constitutional Court dismissed Zuma’s appeal against a High Court ruling that he had defamed Hanekom.

Hanekom had last year sued Zuma for R500 000 for defaming him. The Durban High Court had in September last year ruled that Zuma should apologise and remove the tweet in which he accused Hanekom as an enemy agent.
Last year, the Durban High Court Judge Dhaya Pillay ruled that Zuma should apologise and also remove the tweet regarding Hanekom.

Zuma had said in a tweet: “I’m not surprised by @Julius_S_Malema revelations regarding @Derek_Hanekom. It is part of the plan I mentioned at the Zondo Commission. @Derek_Hanekom is a known enemy agent.”