Zuma ready to spill the beans on the Arms Deal 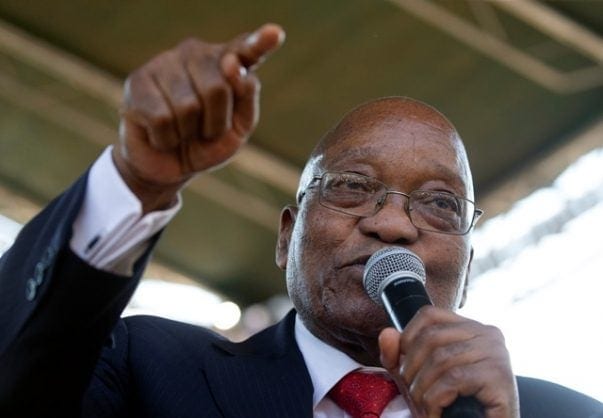 Former President Jacob Zuma says he is ready to stand trial and expose who the beneficiaries of the Arms Deal are.

Zuma has for months fought a rear-guard battle not to go to court, arguing the case against him was politically motivated and that he would not get a fair trial.

Last month, the Supreme Court of Appeal rejected Zuma’s bid to appeal a decision of the Pietermaritzburg High Court in KwaZulu Natal that he should stand trial for corruption, a decision that saw him petitioning the Constitutional Court.

But it has since emerged that there had been a fallout in Zuma’s legal team between lead counsel Advocate Muzi Sikhakhane and his Attorney Daniel Mantsha.

Last Sunday the Jacob Zuma Foundation announced the termination of Mantsha’s services. The fights among Zuma’s lawyers have led to the withdrawal of his ConCourt challenge.

The foundation welcomed the ConCourt’s acceptance of the withdrawal, saying this paved the way for him to prepare for trial and “demonstrate that he has never benefitted from the Arms Deal corruption or tried to evade trial”.

“I hope that our citizens will finally get some certainty and closure as to the real beneficiaries of the Arms Deal if any corruption in that regard did occur,” Zuma said.